Video of this song from youtube
Average Rating : 3.91
Total Vote(s) : 91
Please rate this song between 1 star and 5 stars (5 stars being the best). Just move your mouse on the stars above and click as per your rating. Your rating will really help us to improve our website. 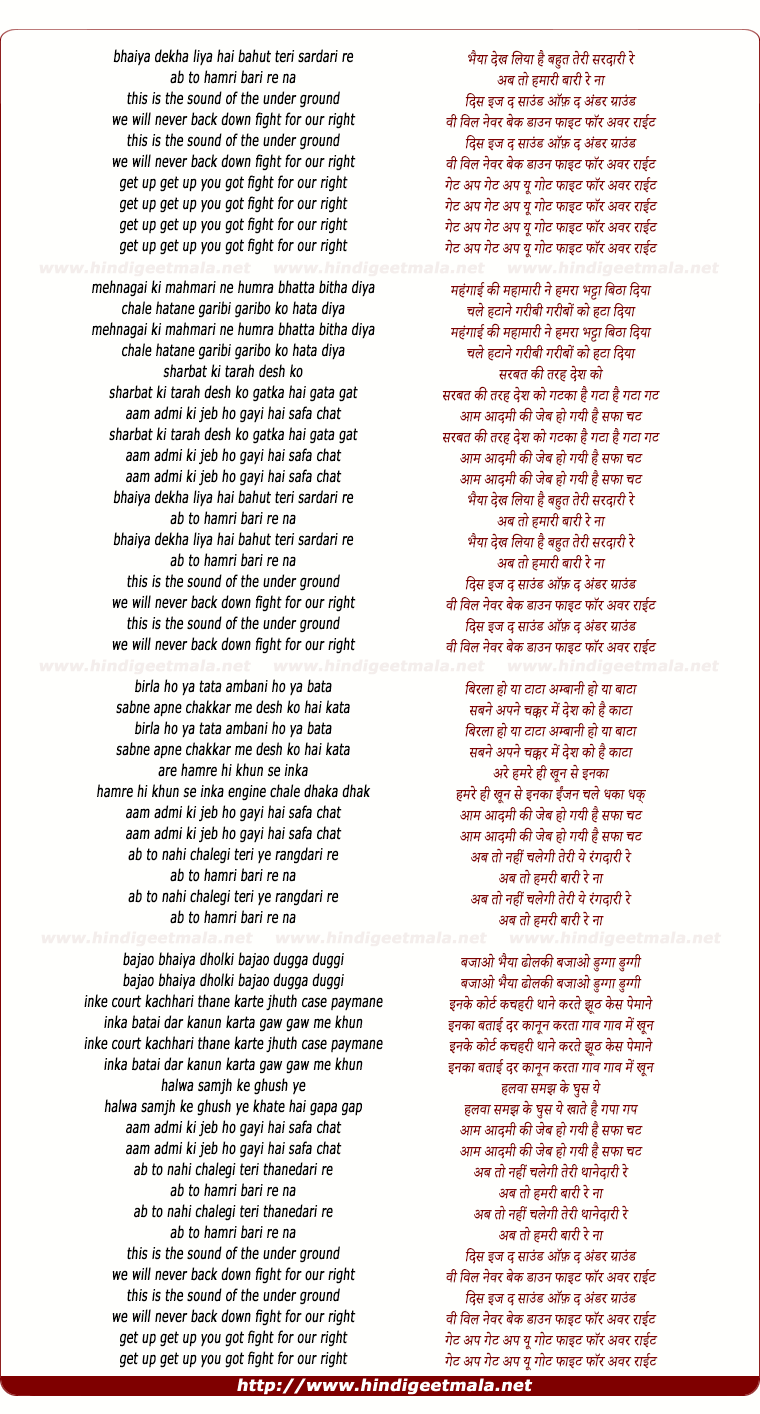 Comments on song "Mehangai (Remix)"
kakkay1 on Saturday, January 12, 2013
So this video leaves me extremely confused. What does this video have to do
with the song! The original meaning behind the song has such a powerful
meaning, and this remix has taken the life out of the song!! This is all a
ploy by the government of India which is run by the Indian rich elite, you
see this song has been diluted and distributed to the young citizen of the
country and now they can not feel the true message this song was trying to
convey.

alexandra12345ism on Friday, February 01, 2013
Great film Chakravyuh.i dont know how this movie flopped at box
office..anyway great performance by Arjun Rampal.he is a great actor and
this film is one of his best ever also his chemistry with Esha Gupta
rocked.i dont like the songs really but Paro and especially the theme of
the film are great!

surendra gupta on Wednesday, February 27, 2013
this songs is like mango people the sarkar is not understant but this is
better songs