Average Rating : 4.33
Total Vote(s) : 124
Please rate this song between 1 star and 5 stars (5 stars being the best). Just move your mouse on the stars above and click as per your rating. Your rating will really help us to improve our website. 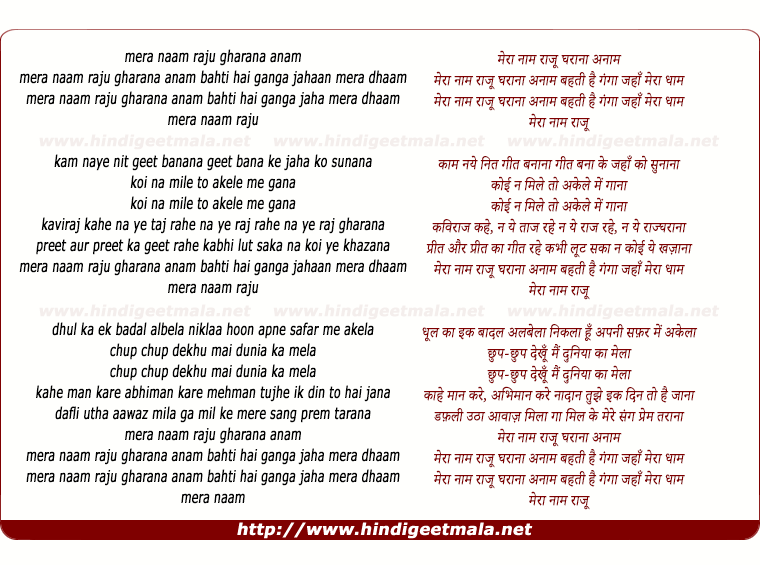 Comments on song "Mera Naam Raju Gharana Anam"
suresh verma on Sunday, July 25, 2010
It is only makers like Raj Kapoor who could turn a story about dacoits and
their decision to return to a normal life into a commercially highly
successful movie with an extremely popular musical score by Shaknar
Jaikishan, who it is said that, were not too enthused about the film's
theme. Bravo !

Mukund Chaskar on Tuesday, March 05, 2013
Since inception he has preached the imp. of love, affection and humanity.
Rodrigo Barboza on Monday, July 26, 2010
youtube.com/user/BandScurvy#p/u/7/oZupNQMoPqk