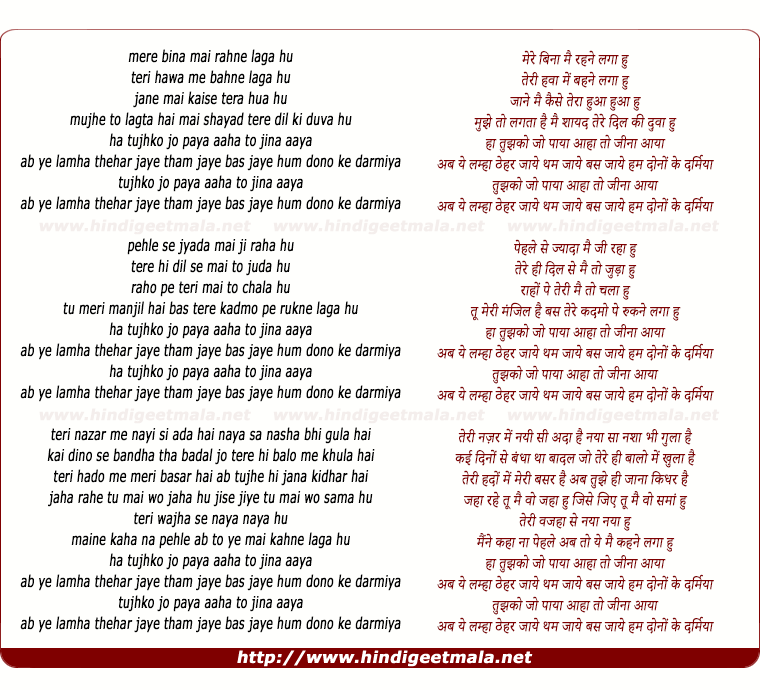 Afia Arif on Monday, February 28, 2011
@leftcoastvagrant I'm starting to live without myself I'm being swayed in
your winds How am I becoming yours I think I'm your hearts prayer Since
I've gotten you, Ive learned how to live Now this moment will stop and stay
and live between us I'm living more than I was before connected to your
heart following your ways You are my destination, I'm just stopping in your
steps In you're gaze their is a new look, a new intoxication has opened up

ASHISH BHARGAV on Friday, October 01, 2010
@rohanroy1987 -- First check the comment. my comment is on unplugged
version sung by k.k listen the song and then tell me again...