Average Rating : 4.04
Total Vote(s) : 50
Please rate this song between 1 star and 5 stars (5 stars being the best). Just move your mouse on the stars above and click as per your rating. Your rating will really help us to improve our website. 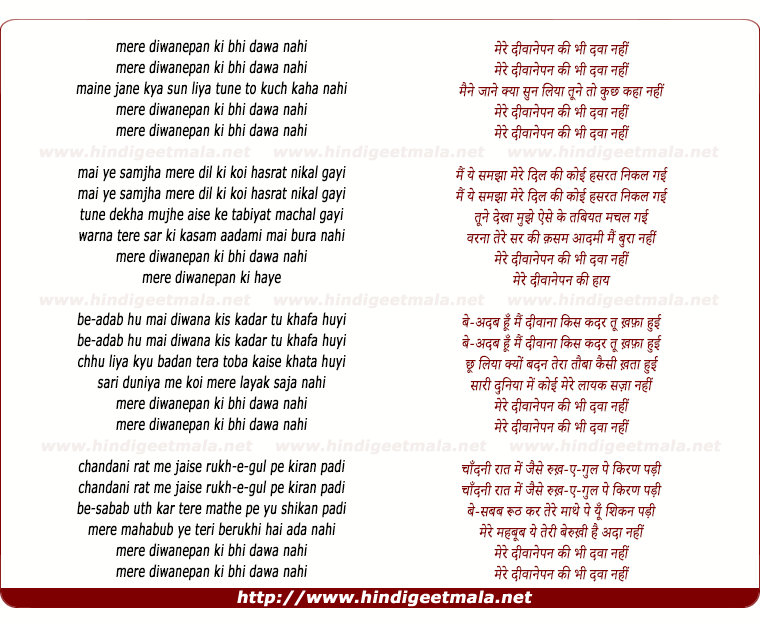 Comments on song "Mere Deewanepan Ki Bhi Dawa Nahin"
Vasant Pusalkar on Sunday, April 22, 2012
My dear Mastkalandrji, Thanks for uploading a nice song of Kishor kumar.
This song was first recorded with Rafi's voice, however, Rajesh Khanna
insisted for Kishor thus it was again recorded in Kishor's voice. But the
audience selected ... yeh jo chilman..of Rafi and not this song. It became
popular after Kishor's death.

mastkalandr on Sunday, April 22, 2012
My dear friend SuperVasant !,, You are welcome.., Truly said ..,very
interesting infro indeed. Thanks for sharing my small tribute..