Video of this song from youtube
Average Rating : 4.08
Total Vote(s) : 101
Please rate this song between 1 star and 5 stars (5 stars being the best). Just move your mouse on the stars above and click as per your rating. Your rating will really help us to improve our website. 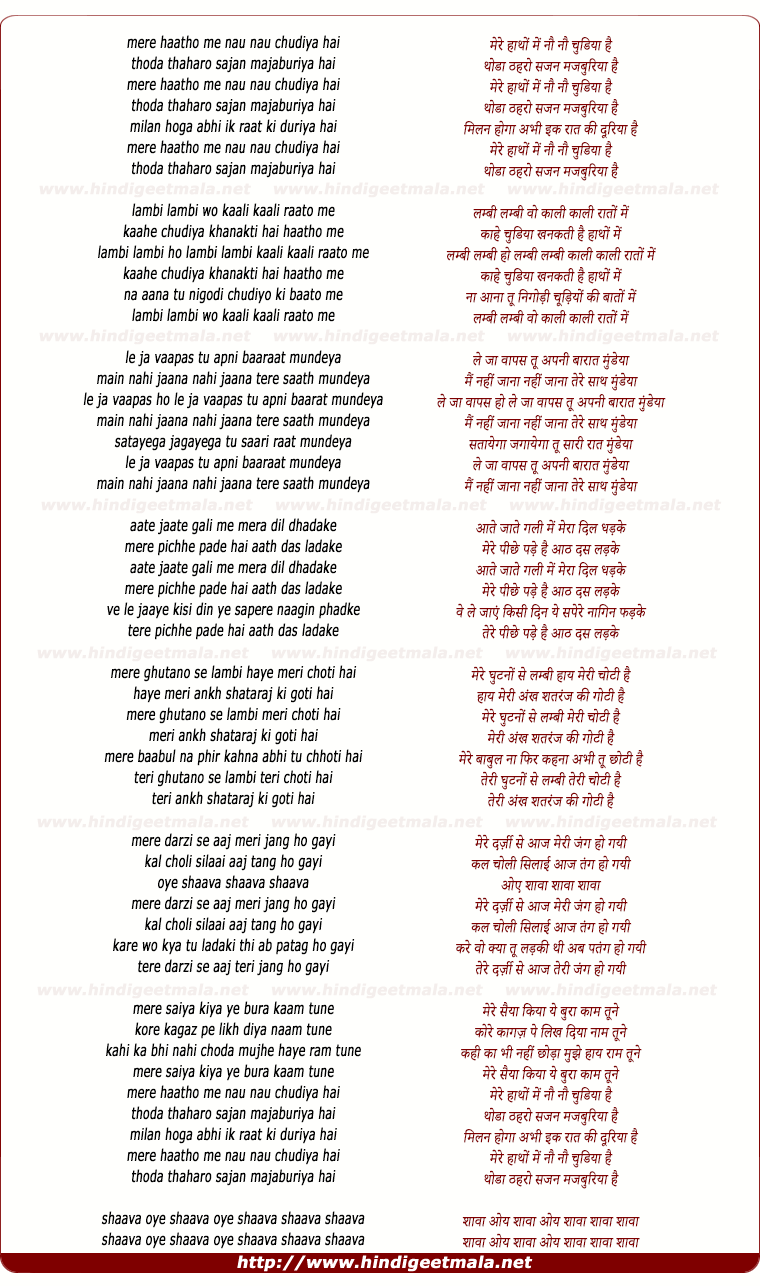 Comments on song "Mere Haathon Men Nau Nau Chudiyaan Hain"
teenbauwa on Wednesday, July 28, 2010
Sridevi is so beautiful, one of the most beautiful actresses of the
industry alongwith Hema Malini, Waheeda Rehman, Rekha, Jaya Prada,
Meenakshi Sheshadri, Juhi Chawla, Sonali Bendre, Poonam Dhillo, Aishwarya
Roy...Sridevi has everything, one of the tallest of our actresses,
curvaceous figure,a flawles skin, long lustrous hair, big bright eyes, the
most beautiful eyes I ever saw, round face...She defines beauty for me!

Raul Pan on Thursday, June 25, 2009
Ok asda i will chill out... But I honestly think you should stop being
obsessed with sridevi and behave more like a Fan instead. Dont start
attacking people everytime they think Sridevi is not better than another
actress in any particular department .. well you could defend her thats
cool, but not Attack every single time! Cheers! :)

N Zaman on Saturday, August 01, 2009
Aishwarya Rai looks nothing like Sridevi .. Hema Malina looks like Sridevi
.. true. Now everyone has turned into the green eyed reddish blonde in
bollywood. I think it was much more beautiful back then with dark hair and
dark eyes like the actual people of India.