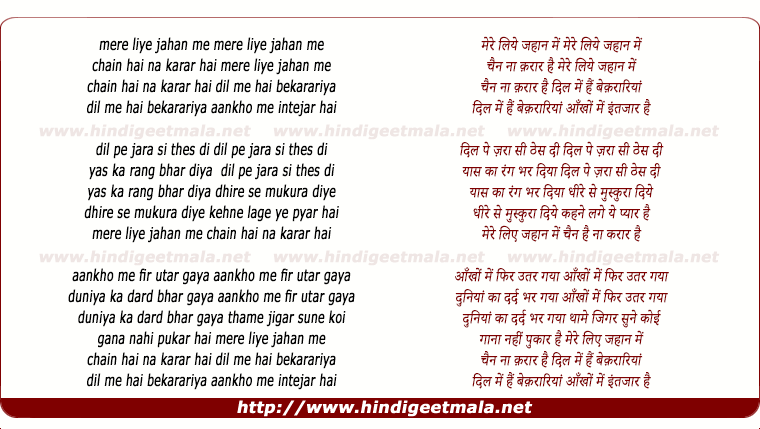 Comments on song "Mere Liye Jaha Me Chain Na Karaar Hai"
Vidur Sury on Wednesday, December 29, 2010
@56riazali That's what I too think. She had a tinge of the 40s (I obviously
don't mean she could sing only songs of then) She always had the same
weighty, strong voice. So she was radically different than Lata. Among both
of them, whom do you like more? My choice is NJ.

Vidur Sury on Thursday, March 17, 2011
@brngng She was a true genius. Always the same weighty, strong voice which
was the prevalent style of the 40s and Noor Jehan Ji and her contemporaries
developed this and this remained forever in their voice, making it
incomparable.

Riaz Ali on Wednesday, December 29, 2010
What a rarest video of Madam Noor Jehan of the film Khandan 1942. I feel no
alteration in her voice till her last song. Great collection and beautiful
upload. Thanks

Vidur Sury on Monday, June 25, 2012
Great to know that you loved this song like I did Sir :) She was indeed one
of the greatest.