Video of this song from youtube
Average Rating : 4.46
Total Vote(s) : 57
Please rate this song between 1 star and 5 stars (5 stars being the best). Just move your mouse on the stars above and click as per your rating. Your rating will really help us to improve our website. 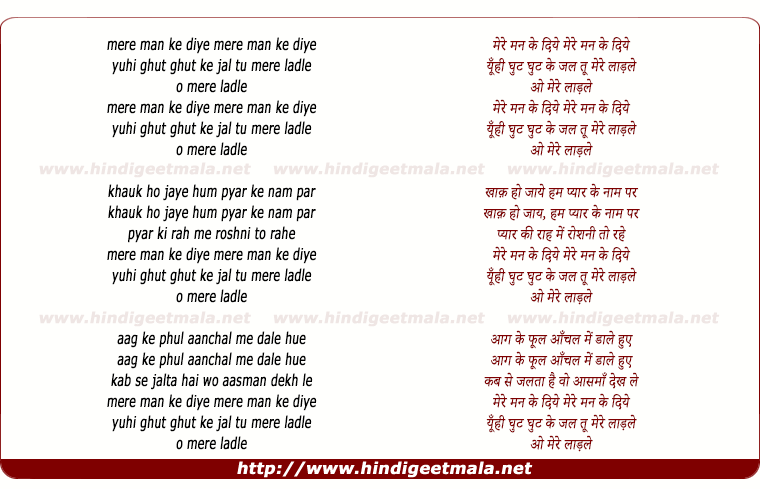 Srinivasan Channiga on Monday, April 13, 2015
Why have you put the name Vasant Choudhary ? I don't understand. It should
be Salil Choudhury.﻿

Biswarup Roy on Sunday, July 13, 2014
Very nice song , is there any Bengali version of this ?﻿
Jagjit Singh Ishar on Tuesday, September 24, 2013
The gr8 old gem of the golden nostalgic era.
Popular Links on HindiGeetMala