Video of this song from youtube
Average Rating : 4.30
Total Vote(s) : 3835
Please rate this song between 1 star and 5 stars (5 stars being the best). Just move your mouse on the stars above and click as per your rating. Your rating will really help us to improve our website. 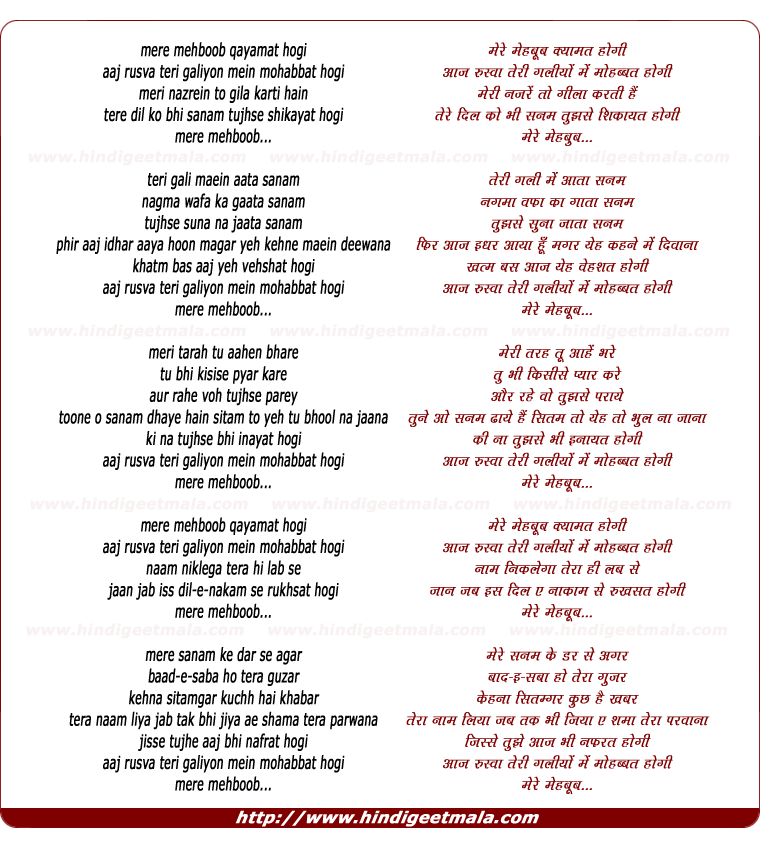 DEAVAS1 on Thursday, July 01, 2010
came here for the beautiful music from some I sense. anti-americanism See we elected a president that spoke and promised peace..It was a landslide victory for him he became president I think that most people want peace they march for peace . Sure we've had some super retarded historical events that have taken place but who hasn't. Brothers & sisters let's take the high road, hatred " you see is not our fate. so let us not talk falsely now. The hour's getting late."
gahauria on Sunday, March 15, 2009
well sir/madam:
I reckon he's trying to say that he(since it is manly voice) still loves that girl eventhough she is the reason behind his death (cuz a ghost/phantom is singing the song and the girl is feeling kinda depressed and guilty, and if that ghost is evil, it should try to harm her somehow but it is not and.so yeah)
and I have no idea why you asked me that kinda question. If you figure that out just let me know. alright?


gahauria on Sunday, March 01, 2009
I cant understand much hindi but still it is one of my all time favourite songs. I mean the tune, the vocals, the background music, everything is just beyond excellence. and I think knowledge of language doesn't matter in this case b'cuz one can actually feel what the lyricist/singer is trying to say.
seriously, I am out of words..

leolettuce2009 on Thursday, January 07, 2010
In 1962 a woman along with an army captain (probably by the name of Ashok ) came to the Taj Hotel ,Bombay and played this song on the juke box in the bar for 8 times.When people protested ,she took out a pistol and killed her lover on the spot . What happened next ? Does anyone know ? Where is she now ?
View all 101 comments related to song Mere Mehboob Qayamat Hogi, Aaj Rushwa Teri Galiyo Me
Popular Links on HindiGeetMala