Video of this song from youtube
Average Rating : 3.95
Total Vote(s) : 21
Please rate this song between 1 star and 5 stars (5 stars being the best). Just move your mouse on the stars above and click as per your rating. Your rating will really help us to improve our website. 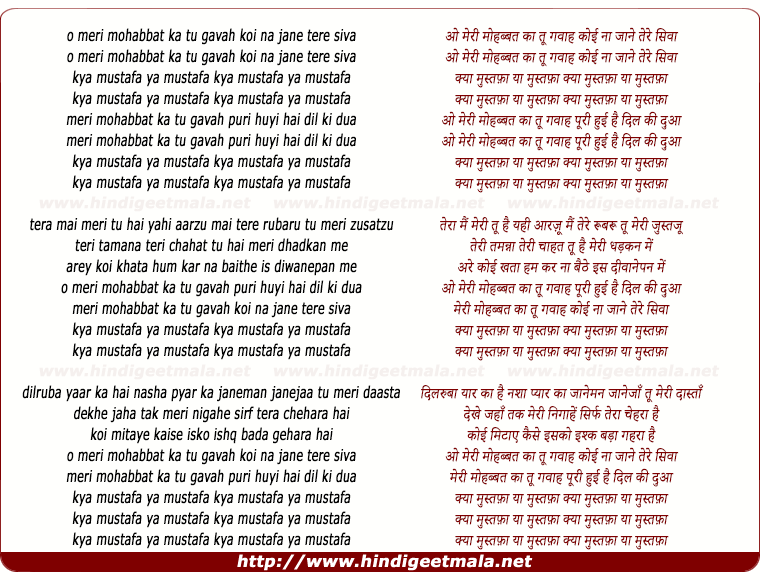 Comments on song "Meri Mahobbat Ka Tu Ganva, Koi Na Jane Tere Siva, Ya Mustafa"
stanibol on Tuesday, June 16, 2015
Love it. Love it love it. I used to dance to the German version by Leandros
around 1970. Knew there was an Arabic version, but only now stumbled on
this Hindi one. Such a hoot. Party on!﻿