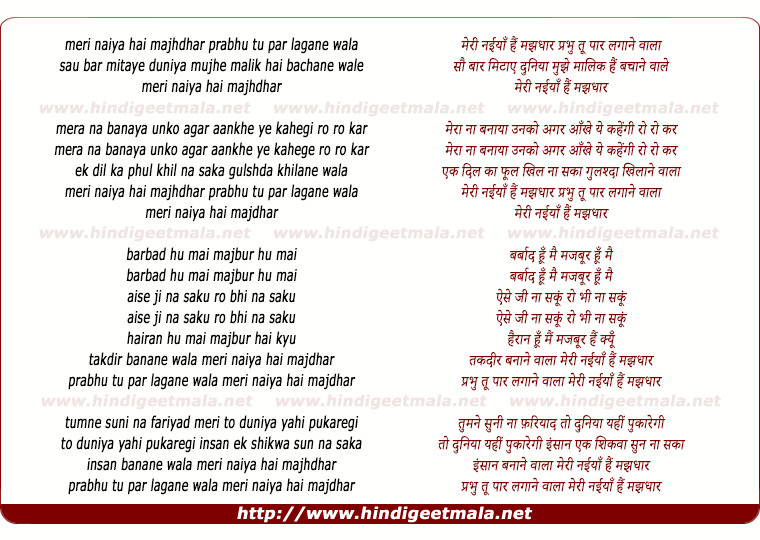 Comments on song "Meri Naiya Hai Majhdhaar"
deepaksgulvadi on Thursday, March 10, 2011
@oldHFMfan Yes I fully agree with you. The singers of yester years sang
from the heart. Notice the feelings in the song. The singers of today only
try to mimic the voice, the expressions and emotions are lacking.The
singers of yesteryears had only a single microphone which they had to share
with the instrumentalists. Still they could stir ones hearts. Thanks for
this rare upload.

Parag Sankla on Wednesday, March 09, 2011
@bxj55 Dear friend, there is a difference between singing from the heart
and singing from the throat. Personally I believe that there will be no
other singer like Geeta ji. Her bhaav gaayaki is unmatched, unparalleled
and unique.

rumahale on Monday, July 23, 2012
Absolutely. I agree with you. I am die hard fan of Geeta ji - you know it.
Her singing from heart is well experienced here. Beautiful song - that I
missed all these day. Thanks.

rumahale on Wednesday, September 05, 2012
Well said Sir. I share your view - it is my experience as well. Many a time
we are left to suffer silently, not in a mood to be part of controversies.