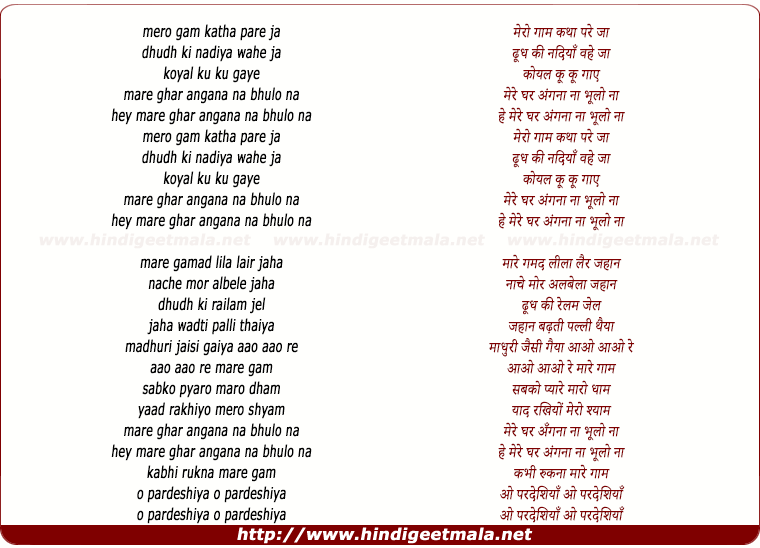 Comments on song "Mero Gaam Katha Pare"
sudhisira on Tuesday, April 12, 2011
I was always fascinated by this station. I asked my friends at Indian
Railways Fan Club for details and they gave me this : "The station is
Semla, on the Rajkot - Veraval line. This was meter gauge when the movie
was made and there were only 2 Passenger trains halting here at that time,
hauled by meter gauge locomotives from Wankaner shed. After gauge
conversion, the station is there in the Western Zone time table, but even
the Passenger trains have no halt any more."

Kenny boy on Monday, December 30, 2013
yeh if only someone could also post the right lyrics of this luvly song, it
wud be sone pe suhaga...thn evn if we wud b able to karaoke
hum...;-)...anybody who can help pls???﻿

kedarvalsangkar on Thursday, April 23, 2009
Ya I visit the site but the movie dosent play though i do have Realplayer
Gold 10 ver. on my pc. and does it mean there is no copy of this film..?

Swags godfather on Tuesday, June 26, 2012
whenever i hear this song,it seems as if somebody poured honey in my ears.i
mean its so soothing!god,i miss those good old days so bad!!!