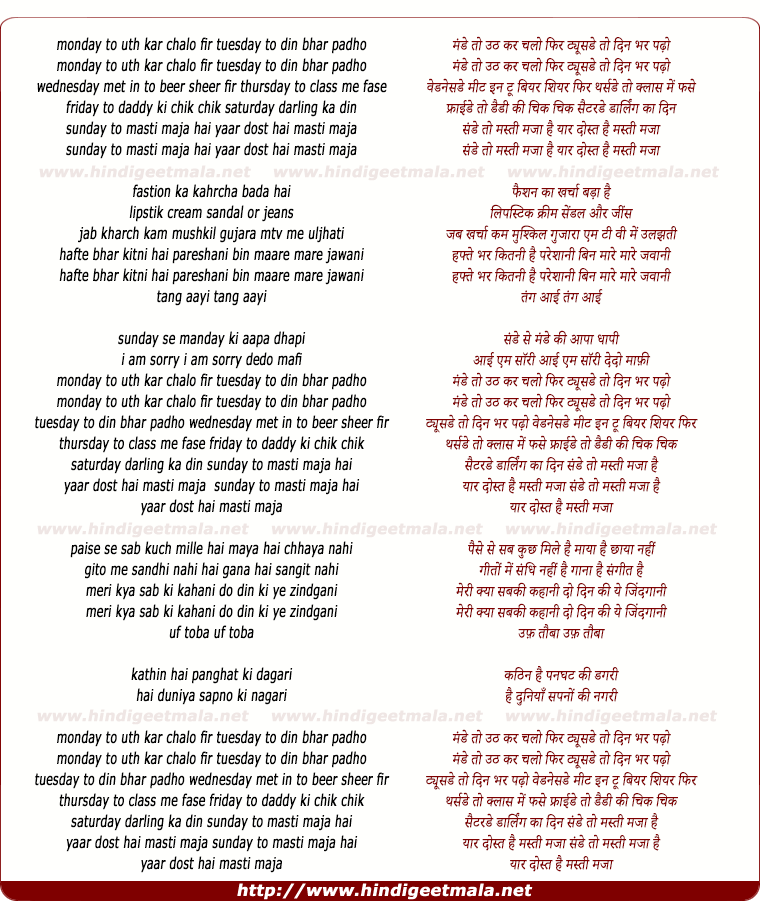 Comments on song "Monday To Uth Kar Chalo Fir"
sx42007 on Sunday, January 25, 2009
Nice to see in Hindi. But somehow I feel that it is not matchable with
Telugu (akasam) / Malayalam (Thumbi Va). The reason may be due the way it
was rendered in a funny way. Ilayaraja should have used this tune for
romantic situation instead of fun. Out of all, this tune is at its best in
Telugu and Malayalam. Thank a ton Satabisha for the songs!!

irthemes on Saturday, June 06, 2009
Versatility of Maestro to the hilt. 4 versions 4 moods, wow! BTW, Preethi
Uttam Singh is the daughter of Uttam Singh who orchestrated Maestro's Live
performances in Italy.

Harikaran Sundarrajan on Sunday, April 18, 2010
absolutely BOSS, Expecting Raja Sir's Concert Soon!!!!! i attended all his
concert so far except the Dubai one!!

Harikaran Sundarrajan on Sunday, April 11, 2010
@irthemes u r somehow related to raja sir in some aspect i think!!!!!!! am
i right?

irthemes on Sunday, April 18, 2010
@MrHarikaran The Brotherhood of Maestro connects us all!
View all 6 comments related to song Monday To Uth Kar Chalo Fir
Popular Links on HindiGeetMala