Average Rating : 4.84
Total Vote(s) : 19
Please rate this song between 1 star and 5 stars (5 stars being the best). Just move your mouse on the stars above and click as per your rating. Your rating will really help us to improve our website. 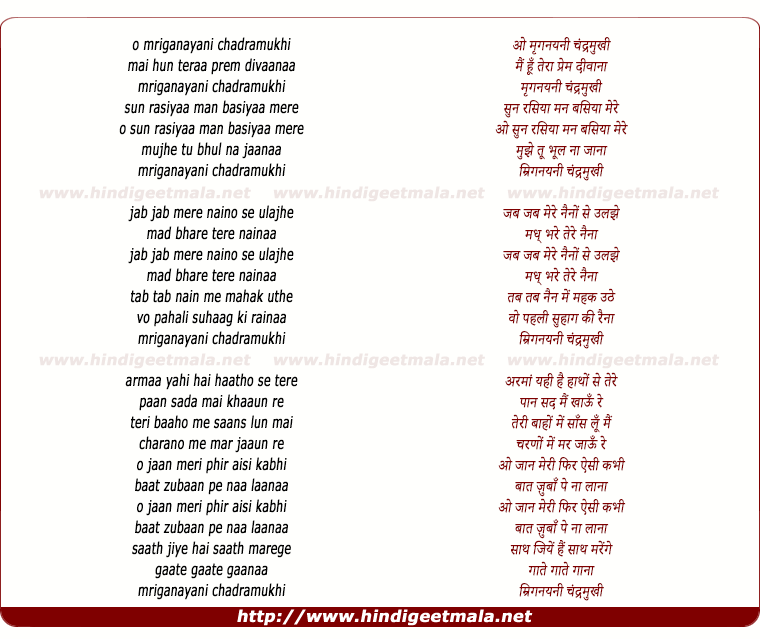 Janardan Murhekar on Wednesday, June 25, 2014
It is astonishing and equally pleasing that the movie like Rang Birangi,
which is full of humour and comedy finds a situation where the superb
composition such as this was seamlessly fitted. Dr Vasantrao Deshpande's
similar marathi song " Mriganayana Rasik Mohini' is easily remembered
which is also based on Raag Darbaari. And what about the performers? The
versatile Om Prakash and (perhaps) Lily Chakravarty, their natural acting
skills to pour the meaning to words only fantastic.( Lily's acting in
Aalaap ( also Amitabh) is remembered as well.)Thanks a lot for this
upload.﻿

TheDeepakp on Sunday, September 22, 2013
Sudeshri Ji. Kharid liya boss. Speechless. Outof This WORLD. During
seeing this clip if one doesn't cry then sorry to say "NO HUMAN BEING"

Hema Sastry on Sunday, February 13, 2011
god bless you for uploading this song , have been searchign for this for a
long time, such a wonderful song!