Average Rating : 4.00
Total Vote(s) : 26
Please rate this song between 1 star and 5 stars (5 stars being the best). Just move your mouse on the stars above and click as per your rating. Your rating will really help us to improve our website. 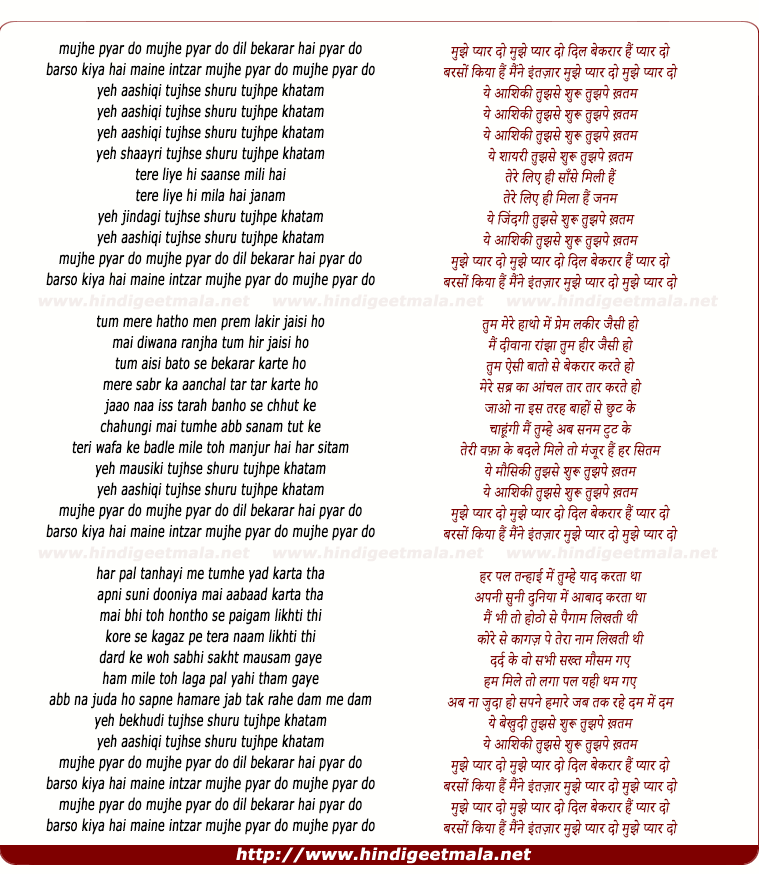 DokhiDil01 on Monday, March 01, 2010
Kasssh Is Video mein Akshey Ki Jaga mein hota HAan gee pyar do ga ap ko,
Magne say nahi milta hai pyaar, i love this song, so beautifull and
Fantastic song, this song has very nice and great lyrics, yaar ur choice is
always Great, Thanks u so much 4 Sharing this song,

Stella Hall on Saturday, July 30, 2011
My husband is a soldier so I know what it feels like to be away from him
for a long time and then enjoy his presence when he finally comes home.

SunniKaur31 on Friday, April 23, 2010
@plumenoire80 The Songs Basically Saying...Give Me Love..My Heart Is
Restless Give Me Love Its Such A Beautiful Song =)