Video of this song from youtube
Average Rating : 4.44
Total Vote(s) : 940
Please rate this song between 1 star and 5 stars (5 stars being the best). Just move your mouse on the stars above and click as per your rating. Your rating will really help us to improve our website. 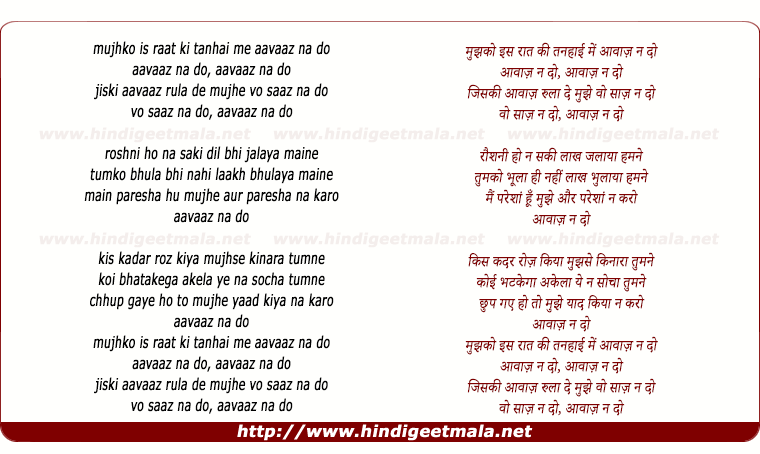 chandrashekharjain on Sunday, October 31, 2010
Not always. Biswajeet had a role in a film 'BIWI aur Makan" best suited to his personality and caliber..LOL
Also looked great in a song...Kajra Muhobbat .Wala...male role being Babita.

studer3500 on Friday, August 06, 2010
- It is possible that subsequent export copies may have been "edited" by the cinema staff to fit the timescales of the cinemas so that it falls in line with their other showings, especially where Hindi films exceed 2.5 hours in length. From what I have been told the directors were aware that the songs would save a film if it flopped (due to poor acting etc.). Again this appears to be true, e.g. if you take Bees Sal Baad where Hemant Kumar saved the film,lead actor flopped
yuanyuanyuanyin on Friday, August 06, 2010
- Here my dear friend, is a different story!
In some films, when they release the song RECORDS [Those days only records, no cassettes or CDs], sometime they ADD or REMOVE some parts [verses] and in this case they may have added those "additional verses".

However, in the film they can not ADD additional verses and that may have been the case here.
MrYogi has the lyrics taken from the RECORDS [LP].
Hope you got my point.
Thank you.