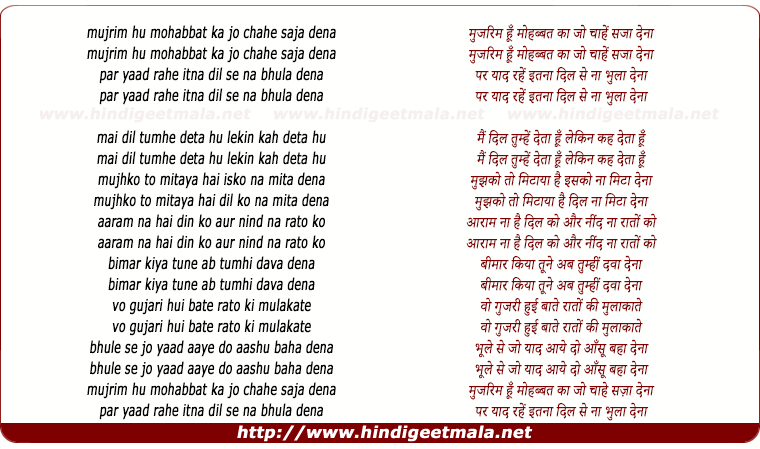 Comments on song "Mujrim Hu Mohabbat Ka Jo Chahe Saja Dena"
Shalin Bhatt on Thursday, May 26, 2011
Can someone clear this up for me? Comparing the vocals from this song to
the other song from Muqabala, "Ham Apne Dard Ka Qissa", they sound almost
identical. However, Yakub is credited with the vocals here, whereas Khan
Mastana himself for the other song. Is this accurate?

Sadanand Kamath on Saturday, December 14, 2013
The voice is that of Khan Mastana. One can compare Yakub's song 'inhi logo
ne le leena dupatta mora' from 'Aabroo' (1956) with this song. ﻿

Sadanand Kamath on Wednesday, December 18, 2013
I meant 'Aabroo' (1943) in my comments below. Sorry for the wrong year.﻿
amrutvani on Friday, May 30, 2008
Thanks for extraordinary song by Khan Mastan. Harish
Sourabh Goho on Thursday, July 09, 2009
Very nice..
Popular Links on HindiGeetMala