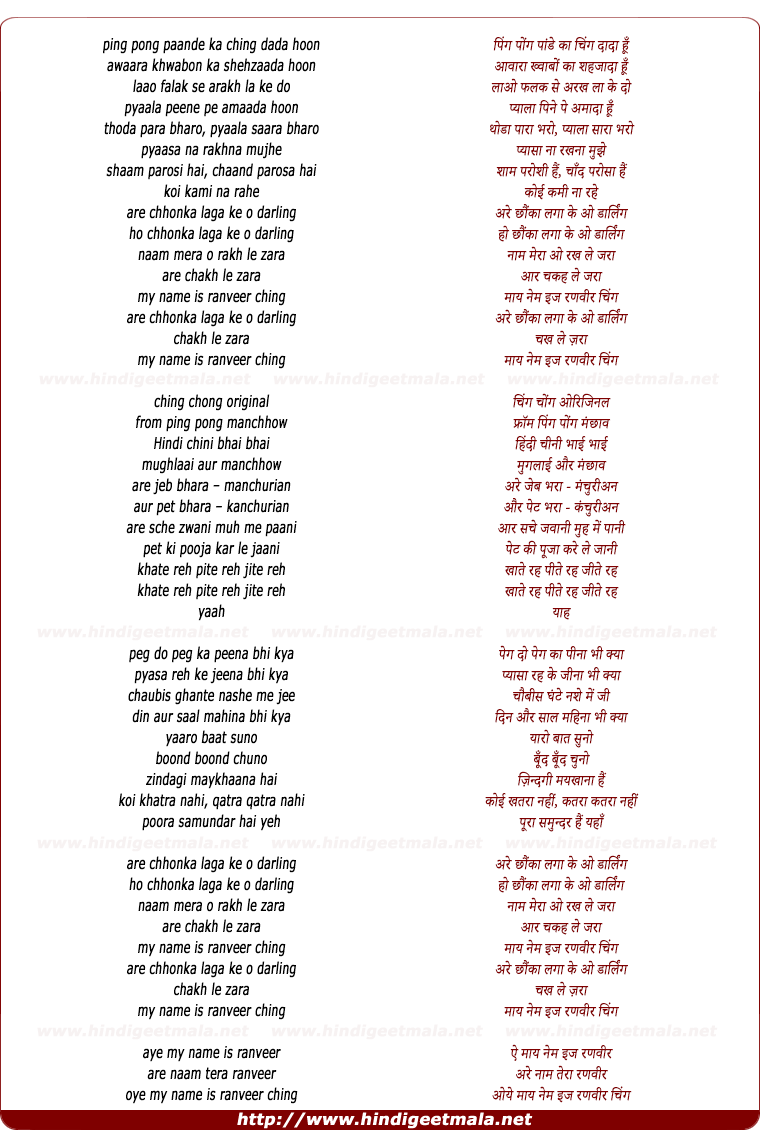 Comments on song "My Name Is Ranveer Ching"
Joël on Friday, August 22, 2014
I dont understand why people call Ranveer overrated. Well I have to say he
is but in a positive way. I think Bollywood has been missing an actor like
him for years. Ranveer is such an actor who has his own style and is a
great energetic and powerfull dancer with an amazing rhytem and healthy
figure. He has this joker figure which he knows how to project amazing on
and off screen. And so what if he is over confident and overacting... Isn't
that what Bollywood movies always have been! I think that over 50 years,
Ranveer Singh will be called one of the greatest actors in the Bollywood
industry.﻿

Sabarina hidig on Monday, March 30, 2015
Waaaw what a game changer guy, ranveer Singh keep change his appearance and
game every thing he does in short form he is a impressive and interesting
guy , and this song is not bakwaas annya﻿

Neel Vachharajani on Thursday, January 22, 2015
I did like the choreography though and I haven't seen anybody as good in
expressing the dance since Govinda and I think Ranveer does that. You can
clearly see on his face the enjoyment.﻿

Kevin Dsouza on Monday, September 08, 2014
Jst one question.. is ths ad supposed to increase sales for chings...
OMG. Total waste of money. i'd now make a conscious effort for not
buying chings for a year.﻿