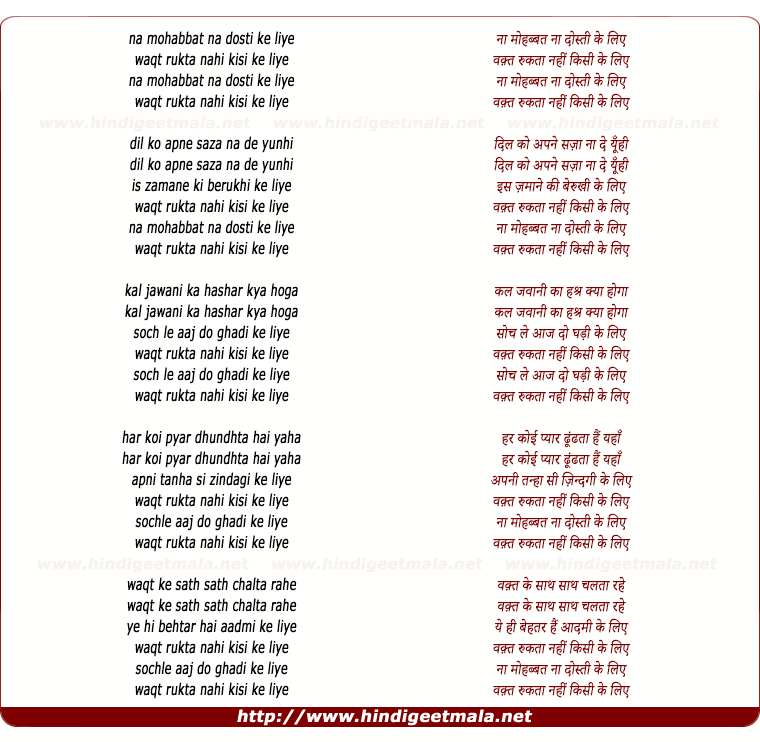 Comments on song "Na Mohabbat Na Dosti"
Maitri Manthan on Monday, October 15, 2012
@swastikjayprakash We mentioned in the video's description that we only
managed to find a Russian Dubbed version of this film. If you google "Приди
снова, дождь" you will be able to find it on many Russian site. Seems to be
a popular film there. Please note this is a RUSSIAN DUBBED version, ONLY
songs are in HINDI.

RAHUL TANWAR on Tuesday, February 12, 2013
Hey the like button is disabled for such a beautiful song. I'm a big fan of
Jagjit Ji's ghazals however never heard this song until recently when I was
making a collection of All of his ghazals. It's such a soothing ghazal, Not
getting over it since then. Thank you so much for sharing with its original
video :)