Average Rating : 4.50
Total Vote(s) : 18
Please rate this song between 1 star and 5 stars (5 stars being the best). Just move your mouse on the stars above and click as per your rating. Your rating will really help us to improve our website. 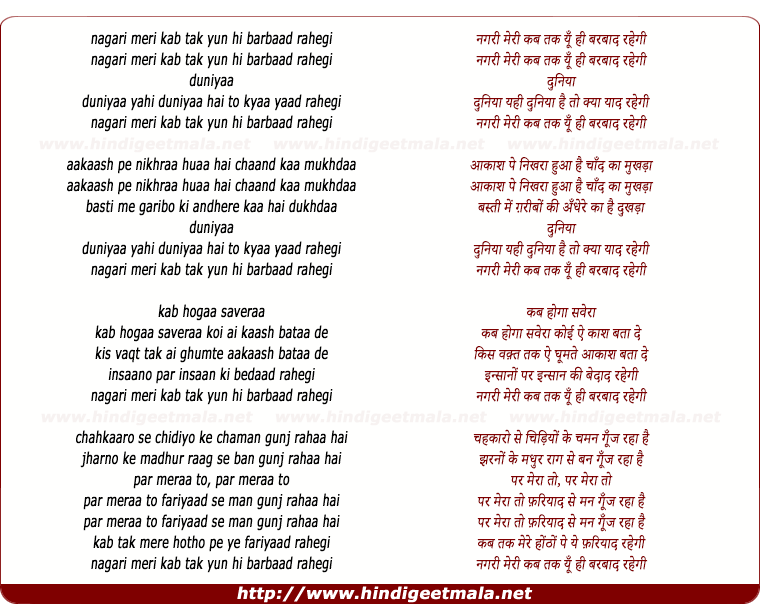 Bharat Gul on Wednesday, June 15, 2011
A voice marked by exceptional tonal purity and melodiousness. Another
window on the simplicity-rooted magnetism of our old-world music. Thanks,
Ajay.

saz9297 on Wednesday, June 15, 2011
A VERY POPULAR SONG OF OLD GOLDEN ERA AND I OFTEN LISTEN IT RECORDING IS
VERY CLEAN FREE FROM NOISE. THANK YOU DEAR AJAY

Ramesh Mishra on Sunday, January 06, 2013
Sitara devi the Kathak Dancer and film actress has never given
playback.This is not her voice but other one who only sang songs.