Average Rating : 4.17
Total Vote(s) : 29
Please rate this song between 1 star and 5 stars (5 stars being the best). Just move your mouse on the stars above and click as per your rating. Your rating will really help us to improve our website. 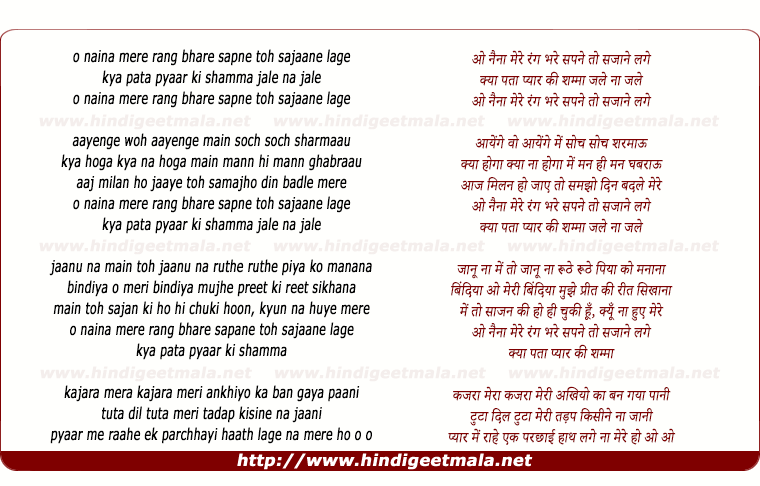 javedtahir99 on Saturday, December 19, 2009
i watch this song may be 10 times with out taking rest. This is not only
song but a thoughtful feeling for a woman who loves her husband but he for
sone reason not coming close to her. wow amazing acting by rakhi. As an
actress she was at the top in her time.

Vinod Mehdiratta on Saturday, April 25, 2009
touching song and for sometime I was looking for this song. Thanks
brahmgyan on Tuesday, July 21, 2009
Lata Mangeshkar has been blessed by Goddess Saraswati herself!!
View all 10 comments related to song Naina Mere Rang Bhare Sapane Toh Sajaane Lage