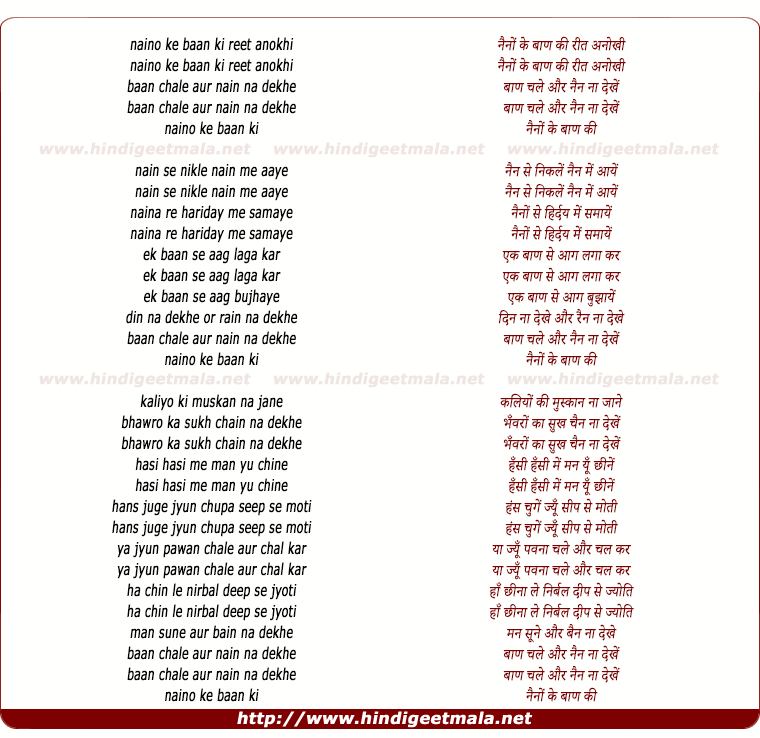 Comments on song "Naino Ke Baan Ki Reet Anokhi"
rumahale on Monday, January 21, 2013
This should form one of the archives of Indian Hindi Movie Industry. I
appreciate your initiative in finding it and making available for the
reference of genuine music lovers. Those were the days when playback
singing was recently introduced (I don't remember the exact year) and
contribution of Ghulam Haidar, Anil Biswas, Khemchand Prakash etc. was
memorable. Here, Ghulam Haidar Sahab has done reasonably well in singing;
Shamshad Begum, of course, is outstanding. Thank you.

LakshmiNam on Monday, January 21, 2013
Ramola Devi is sensationally beautiful and very modern looking, quite
unlike heroines of her day. Reminds me of Leela Naidu.

LakshmiNam on Monday, January 21, 2013
Wow! What a high quality video clip from a 72 year old film. Ramola Devi is
sensational