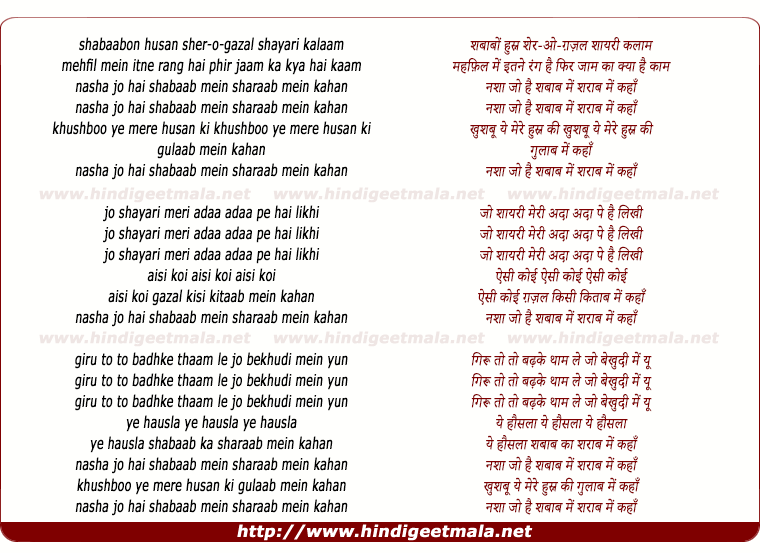 Comments on song "Nasha Jo Hai Shabab Me"
Phirose Kasam on Sunday, March 15, 2015
I saw the trailer of this film in 1982 i liked this song this one of the
earlier film of annu malik and also one of the first of lata for annu.﻿

writercritic on Thursday, January 17, 2013
This from the 1983 film Mangal Panday. I was a child when I watched it.
Brings back faint memories.

raslam90 on Tuesday, May 25, 2010
@ohmascular wich page r u a fan on cos i made one recently on her i cnt
find another 1 on facebook

raslam90 on Tuesday, May 25, 2010
@ohmascular become a fan of parveen babi on facebook, jus type her name in.