Video of this song from youtube
Average Rating : 3.43
Total Vote(s) : 7
Please rate this song between 1 star and 5 stars (5 stars being the best). Just move your mouse on the stars above and click as per your rating. Your rating will really help us to improve our website. 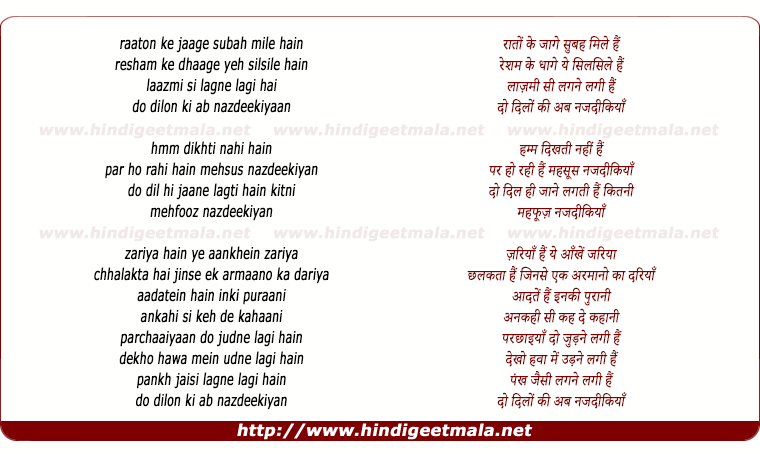 p.s.- For those who are saying he hasn't copied this song (of course
including Mr. trivedi). How is it possible he doesn't know the tune of his
most favorite band? This clearly is a lift. First in lootera then in queen,
now here. Most of his songs have colplay rip off portions. I am so
disappointed becasue i WAS one of his fans. Not anymore though.﻿

NiharikaSahni1 on Tuesday, October 06, 2015
It's nothing special. Maybe it will grow on me in time but for now, it can
easily be forgotten. The video and the song! Sigh. Expectations dropped a
little.﻿

Tolgonai Nuskaeva on Thursday, October 01, 2015
shahid is cute and young actor but salman khan is famous and salman khan is
50 old because i only love shahid﻿

Selina Hamdare on Wednesday, September 30, 2015
if u guyz think that rk fans dislike this than first u watch barfii
songs...u insecure shahid fan..﻿

bai lando on Tuesday, October 20, 2015
I love you shahid so much, my friend like you so much she says I love you
too much﻿