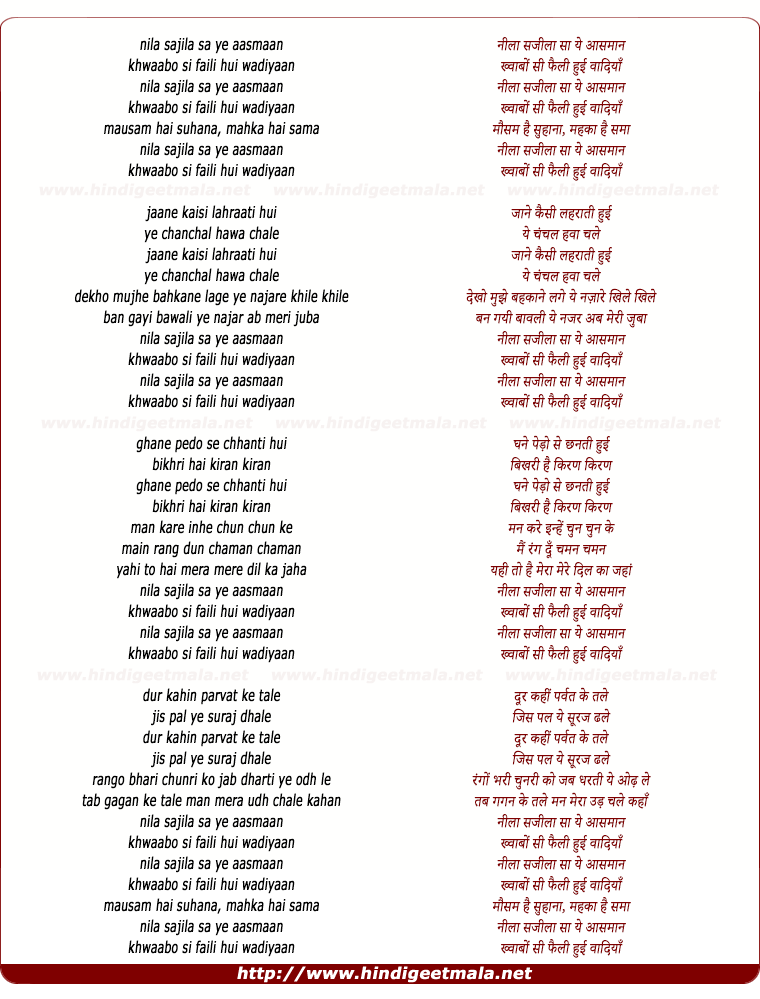 Comments on song "Neela Sajila Sa Yeh Aasman"
Galied MusicPromo on Wednesday, September 04, 2013
The 1981 Mithun starrer SAHHAS is music by Bappi da, with lyrics of Anjaan
and Faruq Kaiser saab. Neela sajeela is from SAHAAS 1979. I think this was
a B-film, But it got nice songs like Ab tum ho hamare.

girlsguidetosurvival on Tuesday, July 02, 2013
Heard it when I was 9 and found it finally last year commenting now. Thank
you.