Video of this song from youtube
Average Rating : 4.23
Total Vote(s) : 22
Please rate this song between 1 star and 5 stars (5 stars being the best). Just move your mouse on the stars above and click as per your rating. Your rating will really help us to improve our website. 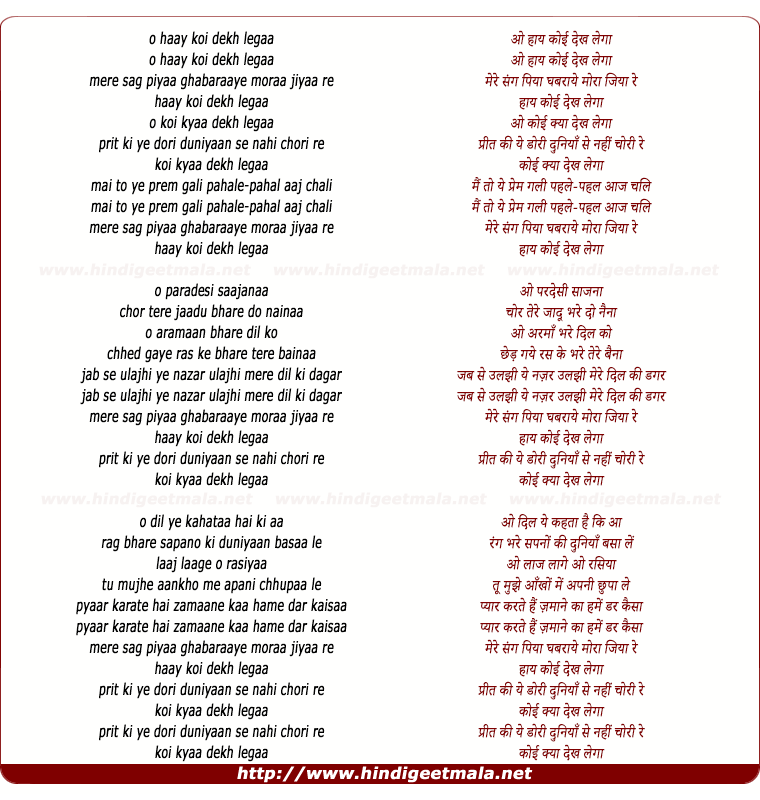 V. Siddhartha on Sunday, November 15, 2009
Yes, I too sense the work of Salil Choudhary in this sweet song. It reminds me of his pastoral compositions in Parakh, Madhumati, and Do Bigha Zameen. Your hunch is on the mark, Sarlaji.
durlabh kolhe on Thursday, December 03, 2009
very sweet duet. all the song of ek gaoon ki kahani were melody. though talat as hero failed but his songs were hit.
crazyoldsongs on Thursday, February 11, 2010
i agree with you and the composer is the great salil da indeed !
V. Siddhartha on Wednesday, May 13, 2009
The fragrance of innocent love is what this Talat-Lata duet exudes--in
abundance. It's not often that one sees Talat as an actor; it's even rarer
to see him paired with Mala Sinha. A very special clip, Suhanee.