Average Rating : 3.67
Total Vote(s) : 15
Please rate this song between 1 star and 5 stars (5 stars being the best). Just move your mouse on the stars above and click as per your rating. Your rating will really help us to improve our website. 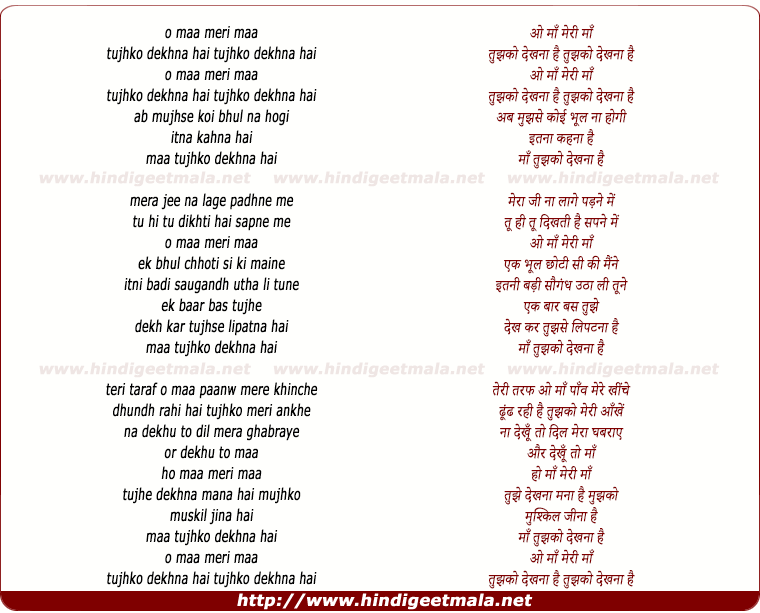 anil12007 on Sunday, December 04, 2011
Cud you all believe the boy is non other than Sarika, actress, mother ex wife of Kamal Haasan and mother of Shuti Haasan. Sarika started her film career as a child actor, Master Sooraj, playing the role of a boy during the sixties in Bollywood.
1danshawify on Sunday, January 15, 2012
I am 44 now, and as a child at the age of 1, i would start sobbing on hearing this song !
As a joke my parents would occasionally play this song , just to see the change of mood !
Hats of to KALYANJI ANANDJI , LATAJI, & lyric Writer.

MrRajkoemar on Monday, May 31, 2010
what a sad song and lata sings this sooo shooting. Wah Wah the great lata
mangeshkar. bhoot khoop.