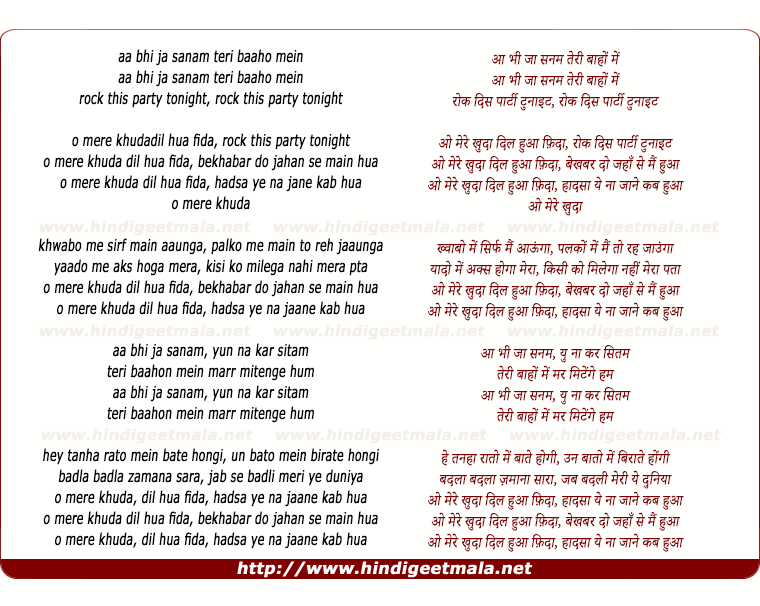 Comments on song "O Mere Khuda Dil Hua Fida Rock"
A2Love2002 on Sunday, February 14, 2010
i had also same thoughts... i think looks like Dhoom 2 with liitle difference ...Choreography is ok but cud have been better as Veivek is good dancer.. and one of my favorite Actor..
AngelusBProductions on Wednesday, June 23, 2010
@pakt20champs Ye, he has a good voice, and it is his own talent. But bollywood produced his videos/songs. And i'll have to disagree that India is running low on talent. I don't know what made you think that, but i know plenty of amazing Indian singers asswell. I think the producers/directors of Prince has chosen him because of his amazing voice. And i know you will disagree, but also because he's cheaper being a new breaktrough in bollywood.
Common Man on Sunday, April 17, 2011
@confusedmind831 "God made man in his own image, in the image of God he
made Him." Well, God's name cannot be ruined by anything at least not by a
song. Besides, I girls in 'underwear and bras' are after all humans. See
them only as human being and you won't find it that bad. You see the above
quote also signifies the fact the each one of us must seek the image of God
in every image of human beings. I hope you understand my thought.

Usama Mahesar on Wednesday, March 09, 2011
@MegaAthir How respectfull u r n your perents. it seems from ur way of
talking. i can also use these cheap words toward ur mother and ur whole
family. but i know the value of Mother, there is no mistake of ur mother.
but agar us raat tera baap jaldi so jaata to use ye din dekhna na padhta.

T E R M I N A T O R on Saturday, July 10, 2010
This promo song for Prince is so much better than the total movie. From
start to end I wasn't excited except for some of the songs that are awesome
and some of the locations and camera shots.