Average Rating : 4.04
Total Vote(s) : 25
Please rate this song between 1 star and 5 stars (5 stars being the best). Just move your mouse on the stars above and click as per your rating. Your rating will really help us to improve our website. 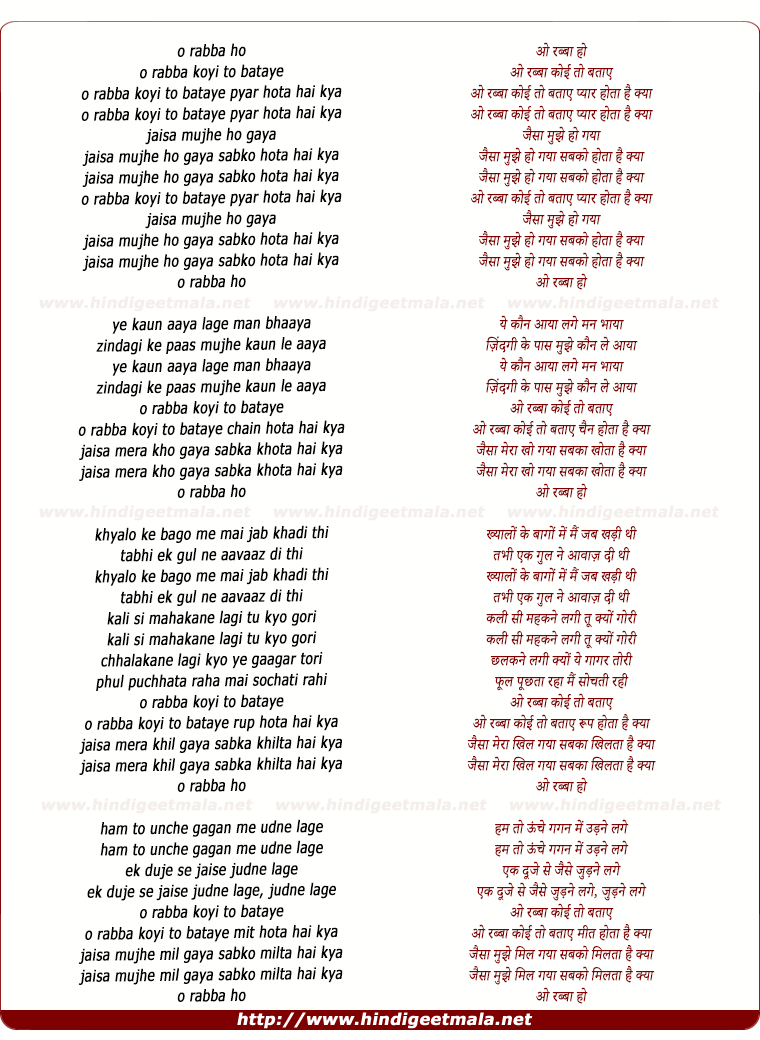 Surender Bhutani on Tuesday, April 30, 2013
This great song was written by Santosh Ananad. The real composer of this
song was late Arun Paudwal. Both Suresh and Anuradha did a nice job and it
became a great duet. Dr Surender Bhutani Warsaw (Poland)

ezeegupta on Saturday, June 01, 2013
did you all noticed that mostly it is in Hindi? that is the beauty if this
song...today I can't see such lyricist...they all write in Urdu

Vinit Sankhe on Wednesday, April 30, 2014
Luv the way Madhuri blushes, smiles and then hides her face in pillow, in
the end of the song.﻿