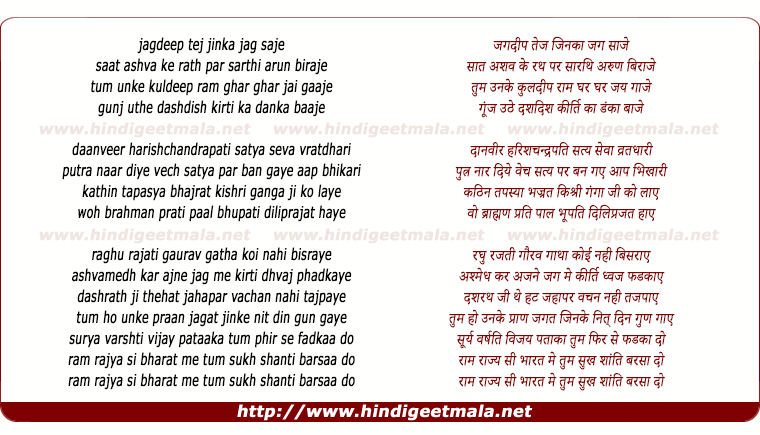 Comments on song "O Rani Maharani"
Vidur Sury on Thursday, March 03, 2011
@Kasuvandi2 That is not possible, as Saraswati Rane, who never acted, sang
in this film. Also Kamla performed in Kismet (1943)

Kasuvandi2 on Saturday, January 08, 2011
@worldvision29 - Thank you for the information about the date. I originally
discussed this video on my blog (cinemanrityagharana.blogspot.com) and was
confused between multiple sources varying on the release date. But from
your comment and also from a comment Kamala gave at her recent performance
at the NEA Heritage Awards conference in which she said she danced in Ram
Rajya when she was 5 in 1939, I will have to change all to 1939!

worldvision29 on Saturday, January 08, 2011
Amazing to watch Kamala, the dancing legend, as a child! She plays the
female part in the dance. The film was released in 1939, when she was 5
years old. This was before her family moved to southern India in 1940.

Jitu Rajgor on Wednesday, February 22, 2012
If my knowledge is correct,late Madhusudan Jani of Sangali.Maharashtra has played a role in this film. Correct me if I am wrong.
ssmani73 on Sunday, August 12, 2012
This one is extremely RARE and Great! Thanks for uploading Baby kamla's
dance is highly entertaining, well preserved