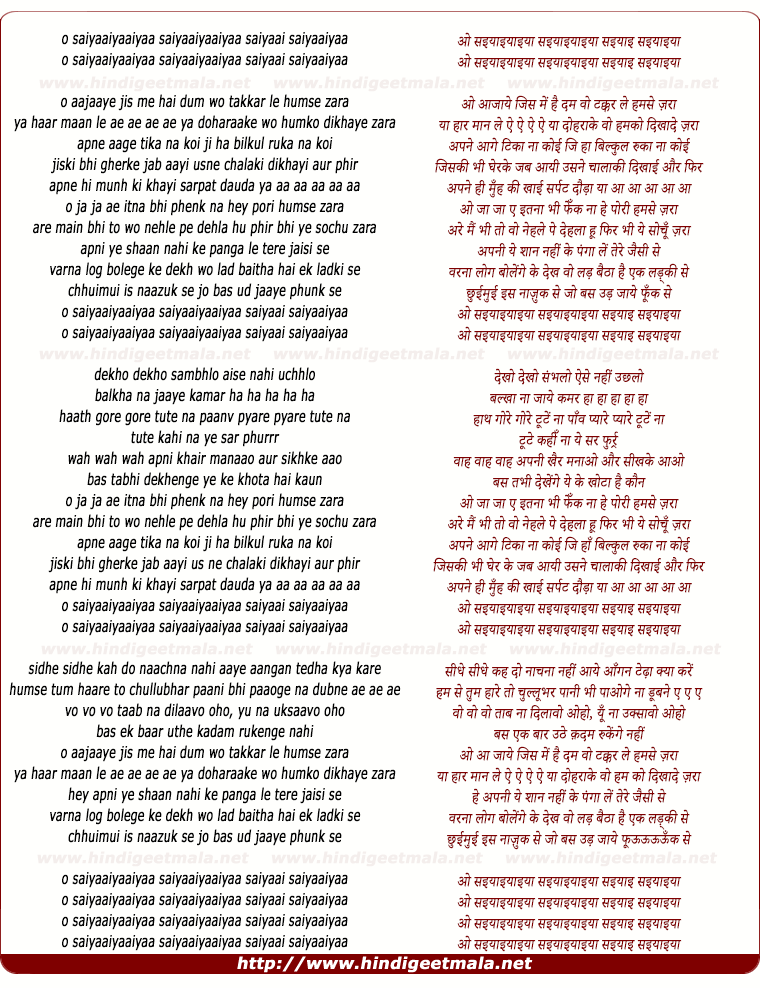 Comments on song "O Saiyaiyaan"
Rashmi Goda on Saturday, December 18, 2010
I love this song for the Most fabulous, glamorous and path breaking
costumes designed by Manish Malhotra,,, experimented with metallics like
liquid silver, golden , sparkling black leotards ,,, sanjays bleached
hair,,, look at the way he has danced with full zest,,, and great
choreography by Ahmed Khan, superbly sung by Asha Bhonsale , an A.r rehman
music over all the bestest of song

umairkhankarachi on Friday, September 03, 2010
i like this film coz it changed the era and trend of film industry i meen bolly wood industrie it is really a master piece all song of this film are super dooper hit
romister on Sunday, November 15, 2009
Did the Tamil version have Urmila Matondkar and Sanjay Dutt? Just wondering, because I heard the Hindi version is a remake of the Tamil version.
AkuKiniKembali on Monday, November 16, 2009
Yes, only the language was dubbed from Hindi to Tamil (including the songs) as well as Telegu. The title in Telegu version is 50-50. I don't know why the title is 50-50. TQ.
View all 19 comments related to song O Saiyaiyaan