Video of this song from youtube
Average Rating : 3.92
Total Vote(s) : 26
Please rate this song between 1 star and 5 stars (5 stars being the best). Just move your mouse on the stars above and click as per your rating. Your rating will really help us to improve our website. 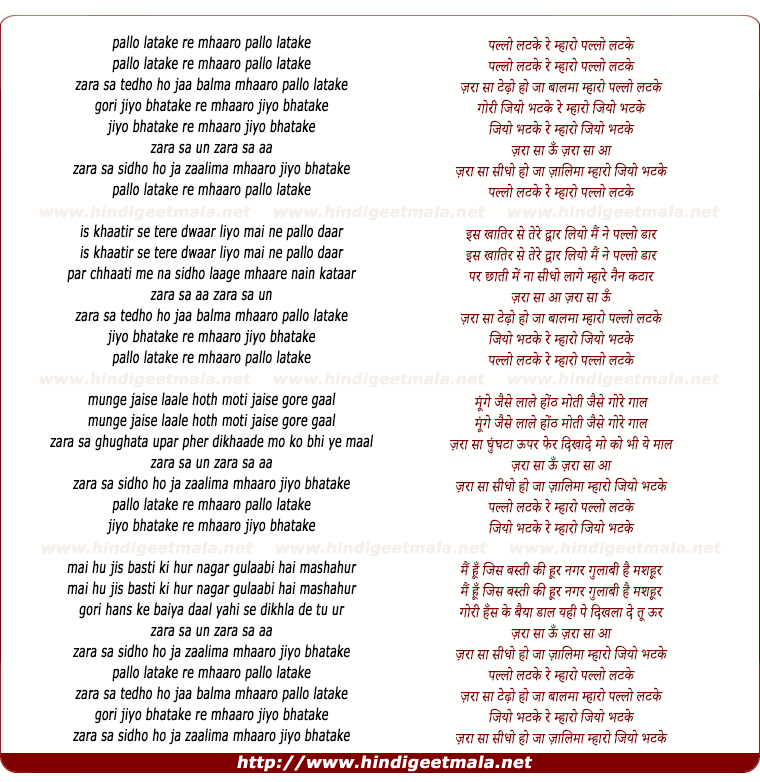 Kudala_Mangalooru on Monday, October 18, 2010
It is actually a very old Rajastani folk melody that had existed for years
before Rahul Dev Burman 'lifted' it and made it his own.

Ultra Hindi on Wednesday, April 09, 2014
Wishing the Bollywood actress #‎JayaBachchan a very Happy Birthday &
celebrate it with this dance number from the movie #Naukar ﻿

cdutta22 on Monday, March 28, 2011
Jaya was never comfortable with this kind of meaningless dance-like
movements.Her discomfort shows clearly. RD was a gem of a composer but at
times he has lifted tunes straightaway from other songs.There are host of
such examples.Getting inspired is one thing and lifting shamelessly is
another.May be he was composing a large number of songs simultaneously and
couldn't create original tunes for all of them. This one also seems to a
similar "adaptation", or "lifting".


Rahul Sahu on Wednesday, July 08, 2015
Original rajasthani folk is far far better than this.. They have changed
the lyrics also.they should not modify the original lyrics.

Anyway actors and voices are good.﻿