Video of this song from youtube
Average Rating : 4.30
Total Vote(s) : 267
Please rate this song between 1 star and 5 stars (5 stars being the best). Just move your mouse on the stars above and click as per your rating. Your rating will really help us to improve our website. 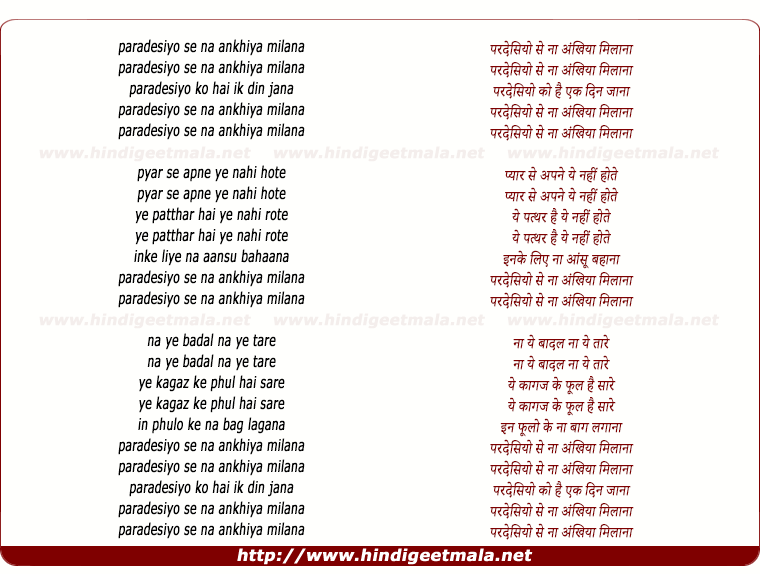 Comments on song "Pardesiyon Se Na Aankhiyan Milana (Sad)"
parbhu shankar purohit on Sunday, May 17, 2015
Lyricist Anand Bakshi written an unique melodious song which brought him
in lime light in 1965. song is based on rag charukeshi,beautiful
composition by Kalyan ji Ananji with out standing voice of Rafi sb.﻿

martin garcia on Tuesday, September 01, 2009
now this is music, mohd rafi jee as a gift to the world and he will always
be the one and only great one