Video of this song from youtube
Average Rating : 4.47
Total Vote(s) : 73
Please rate this song between 1 star and 5 stars (5 stars being the best). Just move your mouse on the stars above and click as per your rating. Your rating will really help us to improve our website. 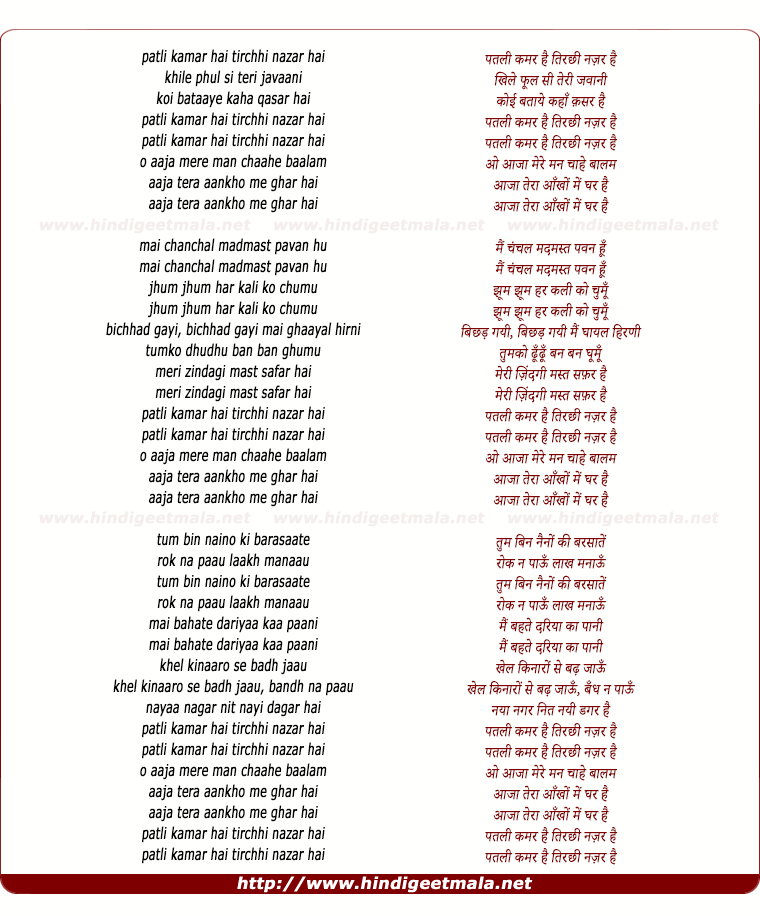 Comments on song "Patali Kamar Hai Tirachhi Nazar Hai"
Balaji Krishnamurthy on Saturday, September 06, 2014
Lata's voice was quite nasal here. There was an unbelievable lightness in
Mukesh's voice. As for Premnath, he was fantastic here. The dancer, Cuckoo
was very graceful. Helen, who I consider to be the ultimate club dancer of
Hindi cinema had not yet made her entry.﻿

Khaleel Addu on Sunday, July 03, 2011
Is it just me or A.R Rahman really copied this music in Udi Udi (Guzarish)
at least in the beginning.

MrRubbishness on Friday, March 16, 2012
Awesome picturization, on one side he is dancing with Cuckoo, and his
beloved is pining for him.

juggernaut1953 on Sunday, December 02, 2012
You are a gargantuan ignoramus. Hope your vocabulary stretches far enough
to comprehend that.