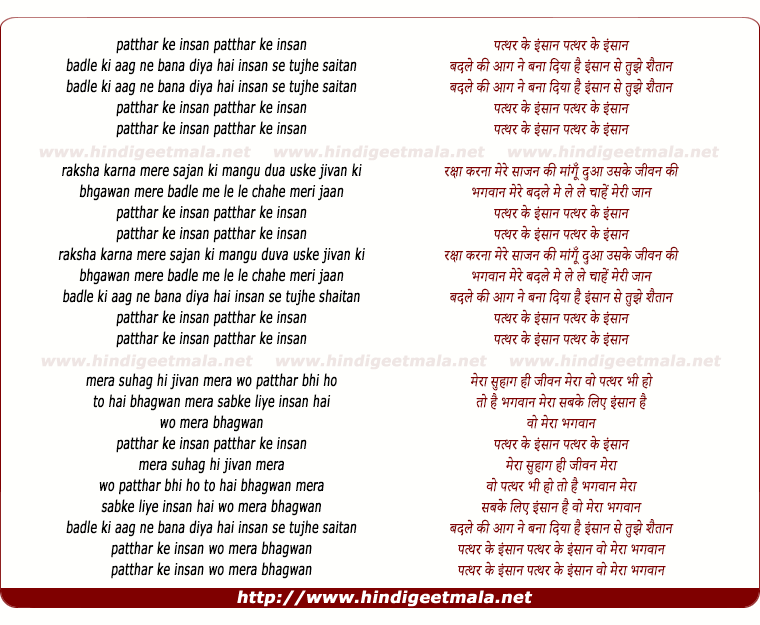 Comments on song "Patthar Ke Insaan"
Unknown090981999 on Sunday, May 17, 2009
Sri looks so lovely, first making herself up and with a gorgeous result!
Beautiful song too. Thanks for uploading. Obviously this goes to my favs. 5
stars Hildy!

yuvraj01 on Saturday, May 14, 2011
The film is too ridiculous!, plot wise anyway...not bollywood at its best
certainly there were better movies released in 1990, Agneepath and Ghayal
to name but a few..

hildytnt on Sunday, May 17, 2009
I have found Patthar Ke Insaan to be one of Sri's lesser known films but
one where she appeared more breathtakingly beautiful than ever.

capricornmansoor on Wednesday, January 05, 2011
sri devi looked ravishing as always. her expressions beauty and eyes r unmatched. she is the best indian cenima has ever had.
hildytnt on Sunday, May 17, 2009
Many thanks once again. I am glad you liked this song. It's one of my
absolute faves too!