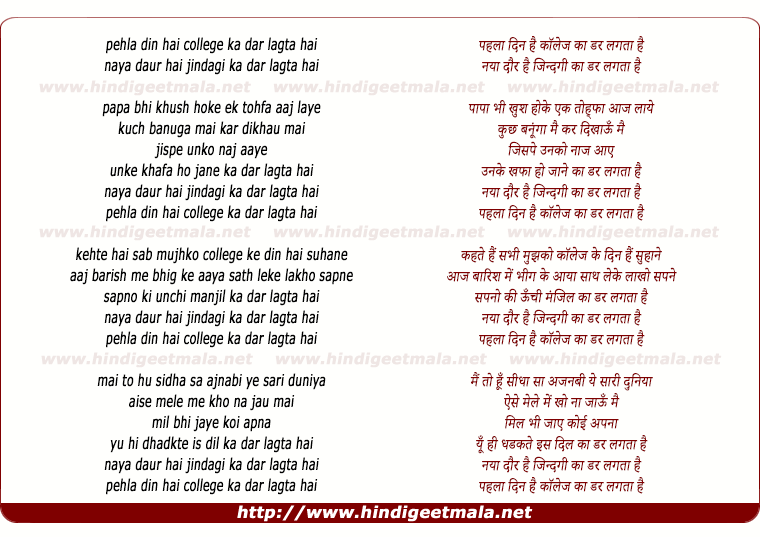 Comments on song "Pehla Din Hai College Kaa"
Digvijay Sawant on Monday, February 16, 2015
I was just 8 year old during this album, I was listening to this songs on
my cassate tape recorder, but now its CD player era, I miss those old day,
I feel like going back in that time by creating time machine﻿

kundnanianil on Tuesday, April 27, 2010
This song was released in year 1998.. i was my first year of college i used
to listen t it alot... but now after 12 years time has changed everything
entierly.. whole life has changed.. but music is same.. :(

kundnanianil on Sunday, April 19, 2009
no one has 4gotton this vedio i was looking for this video for ever
since... colsest song to my Heart...

lovealarab on Tuesday, June 23, 2009
was in fy when dis song was released hey anoophp777 manohar shetty has sung
this song!! kp smiling :)

siddhesh mestry on Friday, October 09, 2015
lotsss of thanksss to You tube..