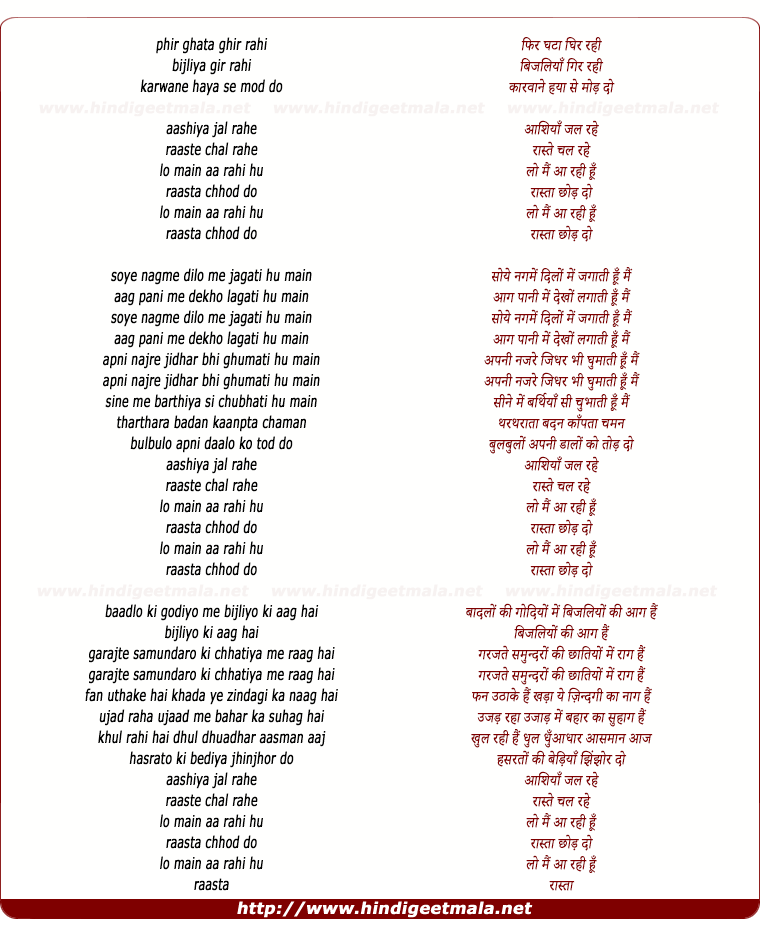 ROMAN TANIA on Monday, August 25, 2014
Have been looking for this song for years but never knew the initial words
or film name. Just remembered middle words so filled out "lo mai aa rahi
hoon raasta chhod do" This was the only song missing on Geeta Dutt. God
really answers my prayers and my prayers are also for those who work so
hard to bring happiness in our lives. Thank you and God bless you. I wish
you could find this movie Raj Ratan. Also, films such as Afsar, Parbat,
Janjar, Ada, Ghungru, Badnam, DardeDil, Shin shinaki bubla boo, Sarkar,
Ek-tha-Raja- all films of 50's. I'm a disabled 75 year old and would like
to see those films before I die.﻿

rumahale on Thursday, June 26, 2014
Thank you for the rare gem. I have read that there is one more solo by
Geeta Dutt.﻿