Average Rating : 4.50
Total Vote(s) : 12
Please rate this song between 1 star and 5 stars (5 stars being the best). Just move your mouse on the stars above and click as per your rating. Your rating will really help us to improve our website. 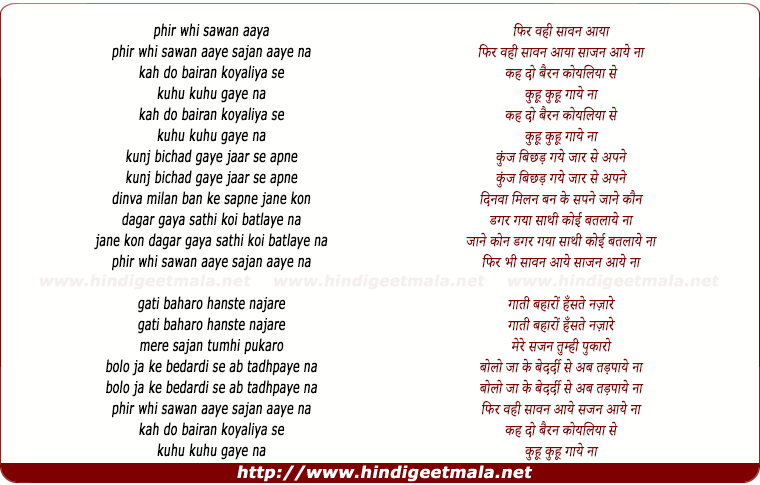 Priya MyMusicalHeaven on Sunday, January 19, 2014
Very moving ! Such sublime music with the delicate use of flute and other
instruments has a transcendental effect. And when a singer sings with the
feelings with which Jagjit Kaur has sung this song, it may transport the
listener to another realm, enabling to feel the same emotions that the
character felt. A wonderful song -- hats off to all the artistes. Thanks,
Ajay.﻿

crazyoldsongs on Monday, January 20, 2014
prem dhawan's lyrics dripping with sweet pathos from jagjit kaur's voice ,
and tuned to a very sweet melancholic composition by Khayyam . another
jewel in your endless treasure . thanks a lot !﻿

Surender Bhutani on Monday, April 01, 2013
A rare gem from Jagjit Kaur and Khayyam Saheb. Prem Dhawan wrote this song
since it was based on Punjabi folk. Dr Surender Bhutani Warsaw (Poland)