Average Rating : 4.33
Total Vote(s) : 12
Please rate this song between 1 star and 5 stars (5 stars being the best). Just move your mouse on the stars above and click as per your rating. Your rating will really help us to improve our website. 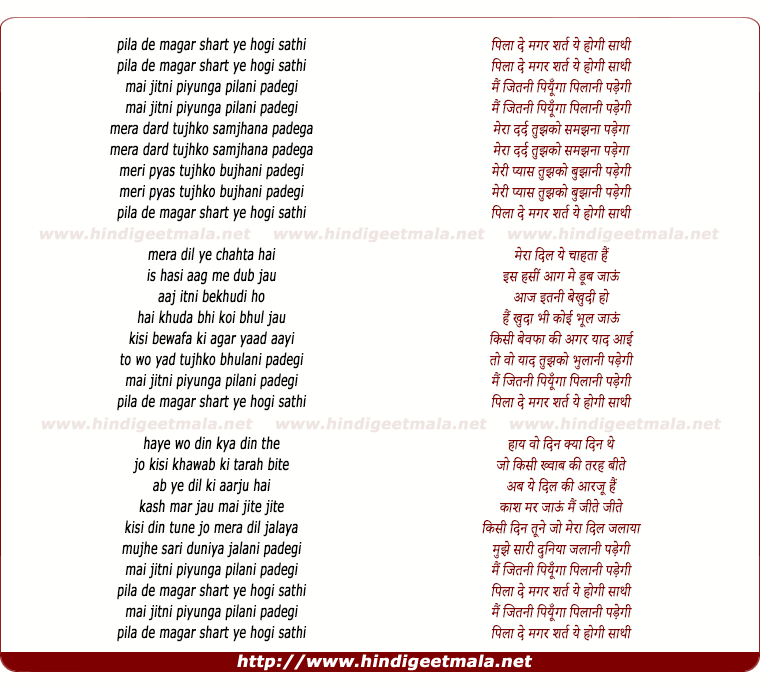 Nasir Ali on Sunday, February 19, 2012
Wonderfully inspiring voice of Rafi Sahaab! His voice and his style
definitely puts life into the lyrics and composition.