Video of this song from youtube
Average Rating : 4.31
Total Vote(s) : 165
Please rate this song between 1 star and 5 stars (5 stars being the best). Just move your mouse on the stars above and click as per your rating. Your rating will really help us to improve our website. 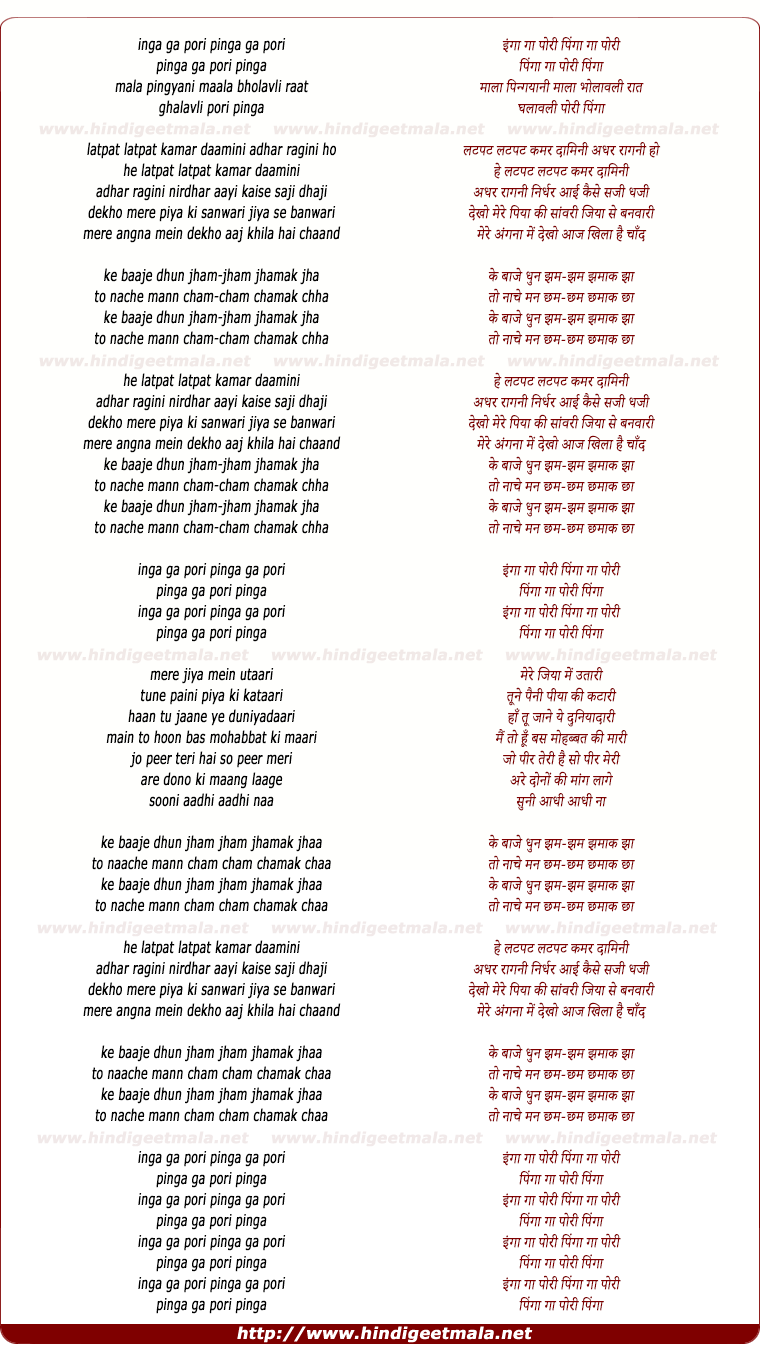 Comments on song "Pinga"
DREAMER FOREVER on Tuesday, November 17, 2015
i am amazed by priyanka chopra every time, i always knew she was the best
in every department.i still remember her in the 'gun gun guna ' song from
agneepath or the 'aja lehrate' song from whats your rashee'.She is not just
the best from the current generation of actors but an all time great.so
proud of her and look upto her. LEGEND !!!!﻿

Sheila Verma on Monday, November 16, 2015
This Song is actually very good, if ppl don't compare it with Dola Re Dola.
Both are from different era's, both have different actresses and the dance
and music is different. Just that Both have two Top actresses of the era in
one song and this in a SLB song doesn't mean they are similar﻿

Shraddha Srivastava on Monday, November 16, 2015
Though already Deewani Mastani blew my mind away...this song just left me
awestruck.. and though being a die-hard deepika fan, I have to confess PC
has simply nailed it in the song...loved her and her expressions like
anything... deepika is as usual awesome :)﻿

Vimal M on Tuesday, November 17, 2015
First I compared this song with Dola Re.After watching this song for 2
times.I am loving this song.This song is diff from dola re.Pinga song set
look so real.Both the songs r diff n unique in their own way.Both songs r
benchmark n best in own way﻿