Video of this song from youtube
Average Rating : 3.92
Total Vote(s) : 666
Please rate this song between 1 star and 5 stars (5 stars being the best). Just move your mouse on the stars above and click as per your rating. Your rating will really help us to improve our website. 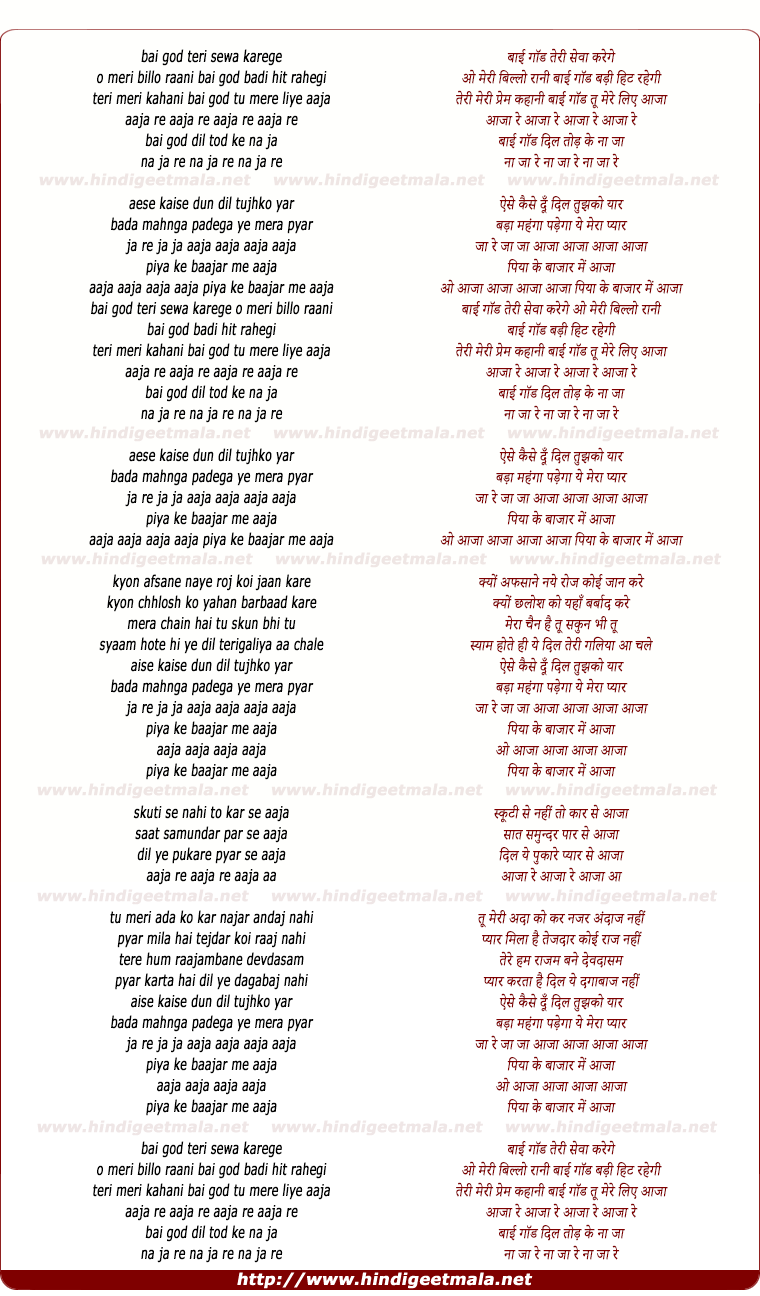 Comments on song "Piya Ke Bazaar Mein"
REAL MCCOY FAN on Tuesday, September 02, 2014
This may be a long shot. I was in an Indian restaurant here in the Chicago
area and the satellite radio they broadcast played some of the most
BEAUTIFUL Eurodance "EDM" style music I have ever heard. I know the one
song in question was without a doubt produced/released in 2014. Aside from
contacting the restaurant and asking for information in regards to the
station/program they use, would anyone reading this by any chance know
where I could start searching playlists/charts that contain such style of
pop music (heavily melodic dance pop)? It was definitely on the Edm /
European dance style but infused with Indian synthesizers and vocals.
Any help will be greatly appreciated and I will someday return the favor!﻿

Yasmiina Alina on Thursday, September 11, 2014
I feel awfull for esha gupta because she is not that much in this video
although she is verry pretty. You see bipasha and tammanah more dancing
with the guys !!﻿

Adryanna Mataele on Sunday, September 07, 2014
I quite like this song, reminds if like old Bollywood songs for some
reason.﻿

Nadia Glez. Aparicio on Tuesday, December 23, 2014
that beautiful video
i love this song
(greetings from México)﻿

Lavanya Lochani on Sunday, September 14, 2014
All songs in this film is good but movie is bad.﻿
View all 26 comments related to song Piya Ke Bazaar Mein
Popular Links on HindiGeetMala