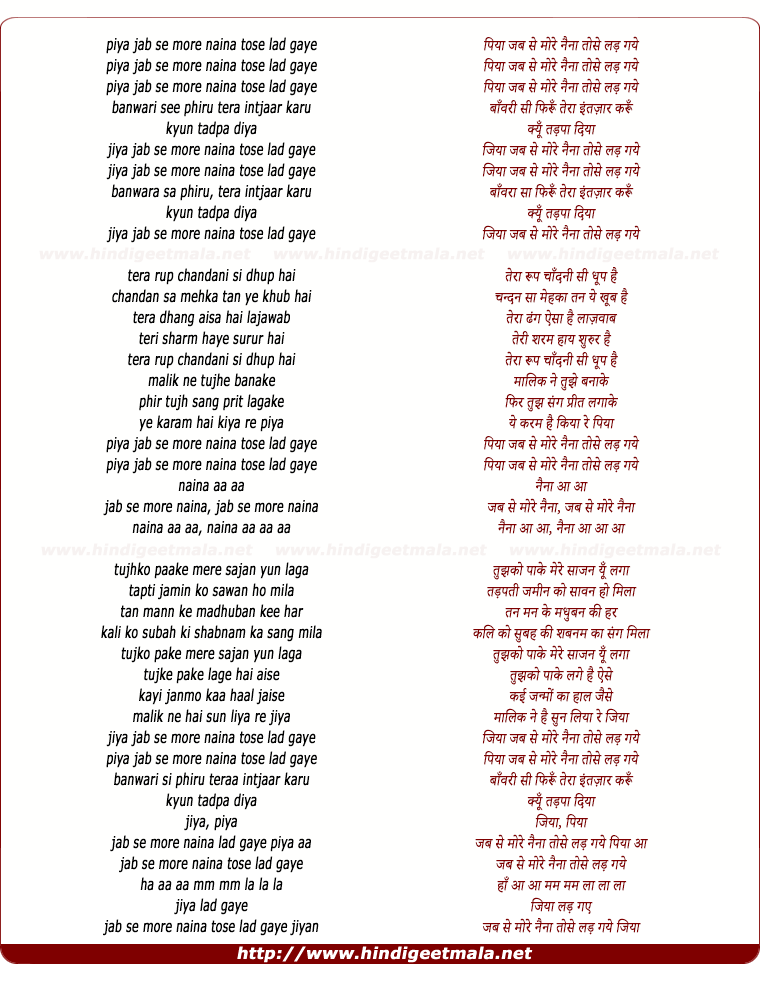 Comments on song "Piyan Jab Se More Naina Tose Lad Gaye"
Sarabjoth Kaur Bhaker on Thursday, August 14, 2008
they have really good chemistry in this song I love the song the lyrics are beautiful. This film was good the acting was amazing I don't understand why meaningful films don't make it as big as masala films??? It's these kind of films that India needs to make a difference to our society.
Farzana Naina on Thursday, July 19, 2007
I don't know about the movie, but the somng is most romantic, gorgeous
melody, beautiful vocals, It's much better in Audio, I just love to listen
to It, over & over.

Moroccanfan on Thursday, August 27, 2009
great chemistry. i ve heard that priyanka has a awe for sunny she never refuse working with him even without reading the script
Farzana Naina on Tuesday, December 04, 2007
Gosh, this is such an awsome song, I just don't get tired of listening to
It.Thanks