Average Rating : 4.12
Total Vote(s) : 118
Please rate this song between 1 star and 5 stars (5 stars being the best). Just move your mouse on the stars above and click as per your rating. Your rating will really help us to improve our website. 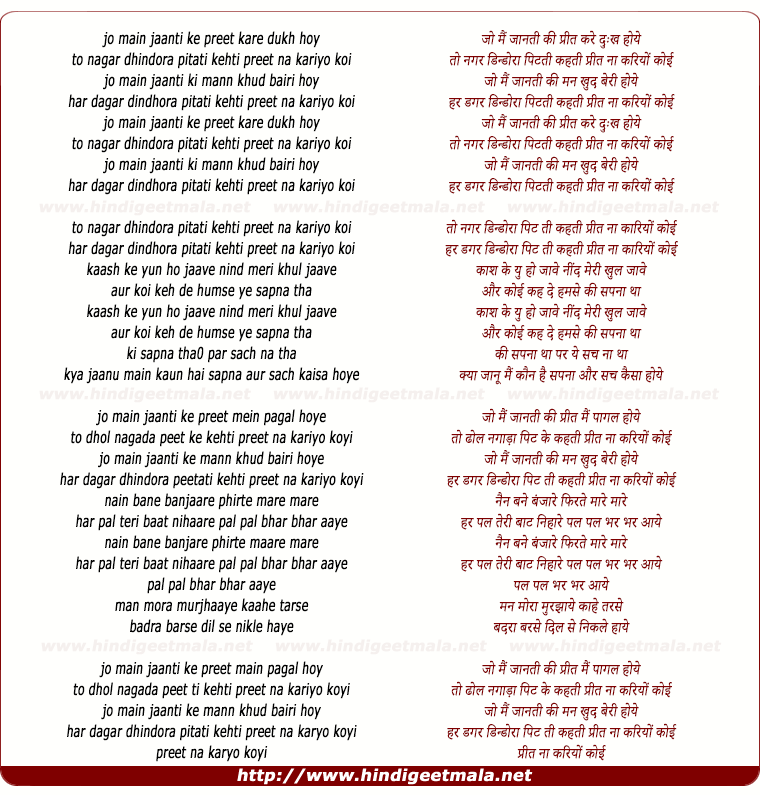 Comments on song "Preet Na Kariyo Koi"
Rahul Sharma on Wednesday, September 03, 2014
I think, most guys are unaware with the fact that sneha khanwalkar(music
Director) is the same music director whose gave music in gangs of wasseypur
(both).﻿

Spring Giddinessify on Monday, September 01, 2014
love the simplicity of this song ..not the best but surely much better than
the other songs on the album so far. ﻿

Rishika Kaur on Friday, October 17, 2014
This song is better than heer from jab tak hai jaan .. that song had
meaning but this song has more meaning.﻿

Tanya Singh on Friday, September 05, 2014
Woow...finally.. a song which is not only different from songs of the movie
but from other songs also.﻿