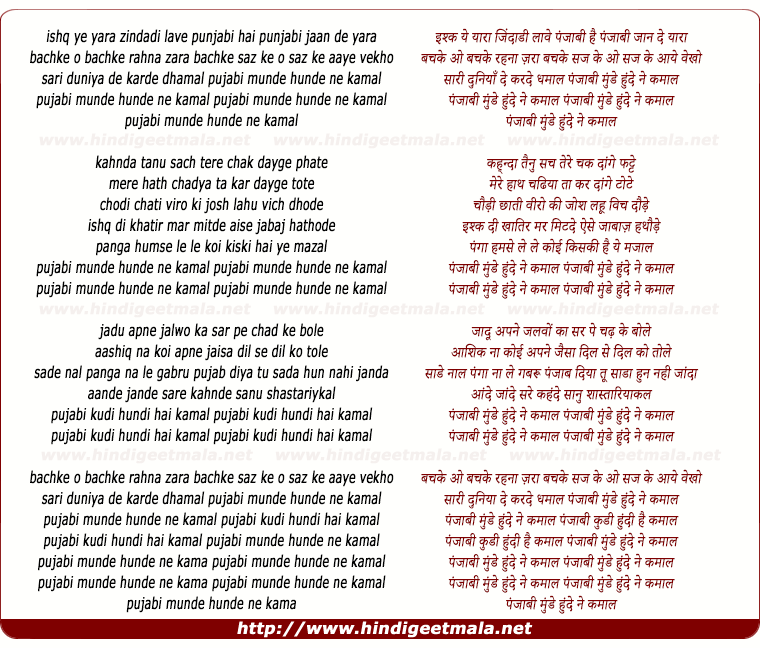 Comments on song "Pujabi Munde Hunde Ne Kamal"
Owner on Wednesday, July 13, 2011
@PakiRajputAK47 and 3. I laughed so hard at your last sentence. Are you
serious? We invented Bhangra. Bhangra is in our bloods. I live in Canada
and every single party, function, wedding, and events that involve bhangra
have only been done my us. I've never seen Paki ppl dance. Now, I'm just
pointing out the well known facts. I have paki friends so I hope you don't
read my comments in the wrong way.

covtabbblue on Thursday, March 31, 2011
Great Movie Witch a good message dont forget were your from mainly the
young generation

Azzujun on Monday, February 14, 2011
sohail and abaaz khan both looks so nice in this movie... :D
12phaneuf on Tuesday, November 24, 2009
man this song got it rite punjabi munde hunde ne kamal
fantastic1210 on Sunday, October 11, 2009
love this song so much and arbaz look handsome???????
View all 14 comments related to song Pujabi Munde Hunde Ne Kamal