Video of this song from youtube
Average Rating : 4.41
Total Vote(s) : 32
Please rate this song between 1 star and 5 stars (5 stars being the best). Just move your mouse on the stars above and click as per your rating. Your rating will really help us to improve our website. 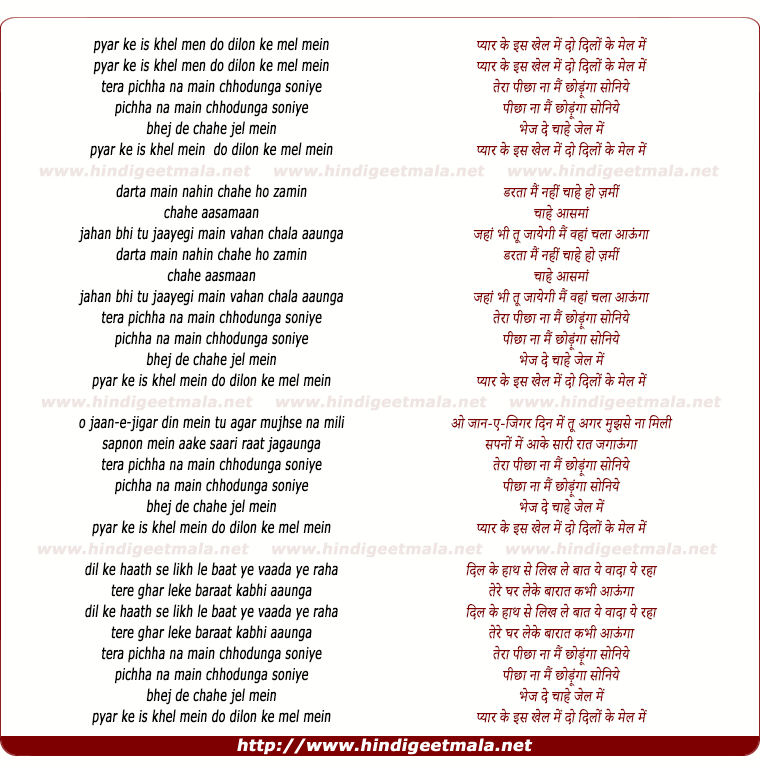 The rotary would, almost unfailingly be Phillips (hardly ever visible except once), played cards every evening at BFC. Piston equipment parked where you (Navin Peter) used to visit before it became "Rao's" hangar.

The fixed wing? Call-sign VT-DZP I (amongst others), used to operate in your quoted vintage, '72. The "driver"? Likely, "Groupie" SP Dutt, ex_IAF, ATPL 211 (signature in my logbook) or, Singh.

Rav Garcha on Sunday, October 21, 2012
Wow the memories: when I was a kid - infact when this film came out I was
3!! But I actually remember this part of the film and remember my dad
singing this to my mum all the time! Good times!!