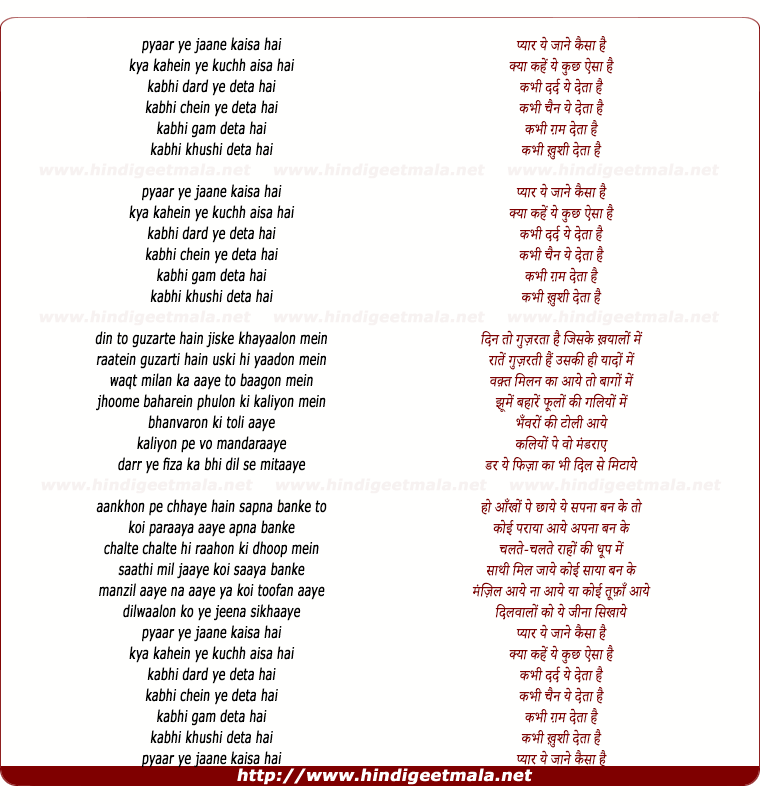 Comments on song "Pyar Ye Jane Kaisa Hain"
Rohit Singh on Sunday, April 24, 2011
We miss rahmans music of this sorts. After 2004 swedes all his compositions
were mostly electronic noises

TheCoolguy143 on Monday, September 05, 2011
@amrita81696 I guess no moustache is 1 of the criteria for good looks he
he..I can undstnd tht, bt Jackie was easily 1 of the best looking actors
we had, n evrythng abt him was natural, be his looks or his body, no
special gymming or drugs or enhancement surgeries for him he he

amrita81696 on Wednesday, February 02, 2011
No offense.. but I dont see how Jackie Shroff became an actor.. I mean sure
he may know how to act, but shouldnt you have an ounce of good looks too??

vinnifunkie on Tuesday, July 12, 2011
jackie shroff didnt do justice to his talent by choosing lot of bad
movies!!!