Average Rating : 3.80
Total Vote(s) : 5
Please rate this song between 1 star and 5 stars (5 stars being the best). Just move your mouse on the stars above and click as per your rating. Your rating will really help us to improve our website. 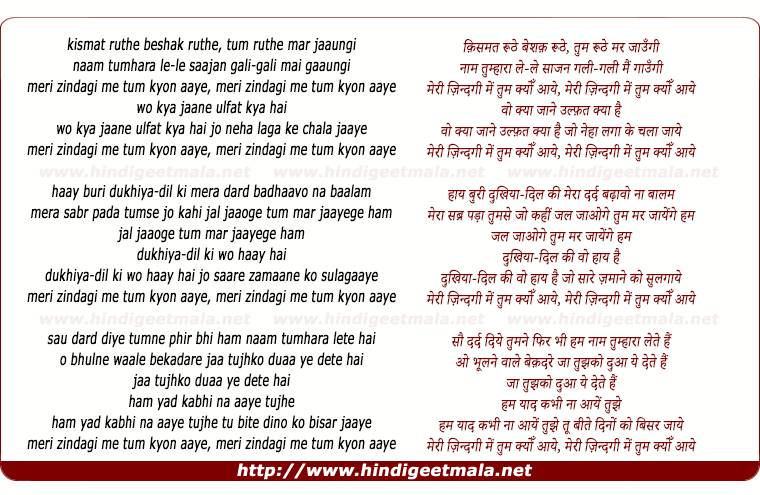 rumahale on Wednesday, January 14, 2015
I agree with the views of learned viewer V. Siddhartha as regards sweet
pathos rendered by my favourite singing star Suraiya. It was played on
Radio Ceylon (SLBC) yesterday (January 13, 2015) in Purane Filmon Ke
Sangeet Programme.
Thank you for excellent presentation of this rare gem.﻿

Jagjit Singh Ishar on Saturday, January 31, 2015
Full of pathos, in the voice of Sureeli Suraiyya usually Naushad sahib
would often call her. Such sweet melodious rare gems have gone in to the
oblivion under the mist of time & changed trend of the music.﻿

himsingz on Tuesday, December 22, 2009
I wonder why Suraiya's voice became lighter in her later songs. Strange.
Voices usually become huskier as they age. Both the tonal qualities were
wonderful, however - the earlier heavier tone and this.

V. Siddhartha on Tuesday, June 15, 2010
Such sweet pathos in Suraiyya's voice especially in the refrain part !
Thanks, Ajay.