Average Rating : 4.31
Total Vote(s) : 61
Please rate this song between 1 star and 5 stars (5 stars being the best). Just move your mouse on the stars above and click as per your rating. Your rating will really help us to improve our website. 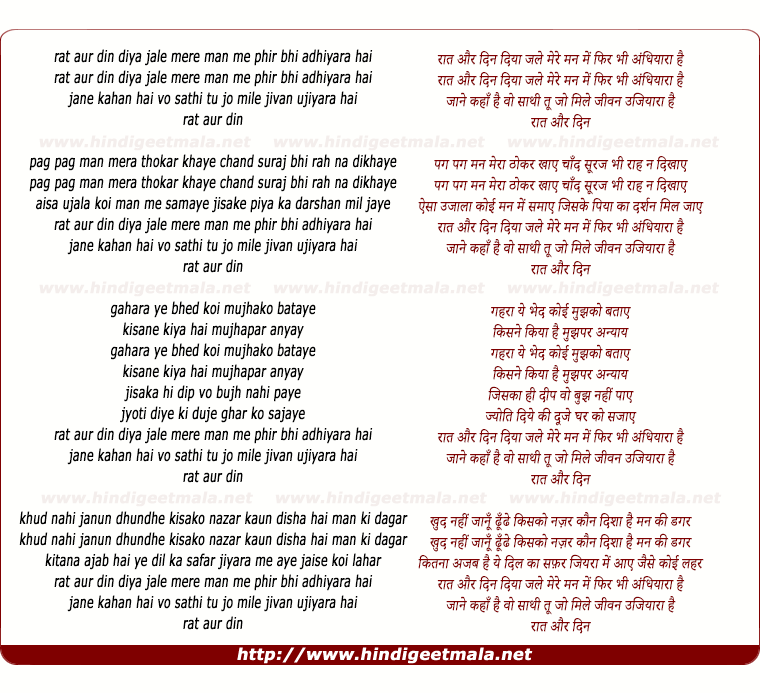 rumahale on Sunday, September 29, 2013
An all time favourite for me. But, I have firm belief that Mukesh version
was not included in the movie; please confirm.