Video of this song from youtube
Average Rating : 4.58
Total Vote(s) : 33
Please rate this song between 1 star and 5 stars (5 stars being the best). Just move your mouse on the stars above and click as per your rating. Your rating will really help us to improve our website. 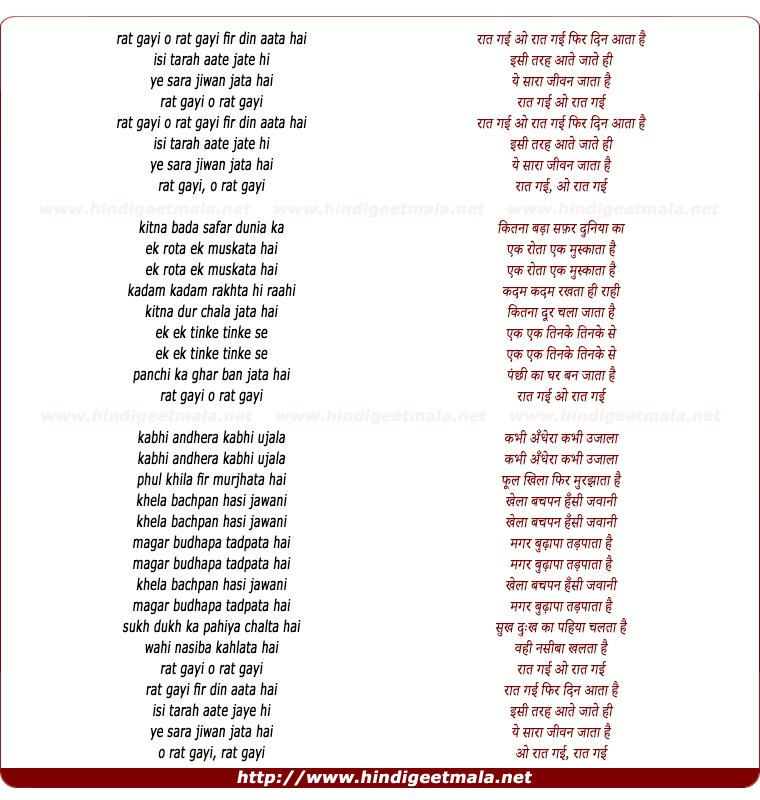 mastkalandr on Monday, July 12, 2010
..you are welcome my dear friend.,.where are you ?
thanks for sharing this touching song ..,pls. keep in touch

mastkalandr on Monday, July 12, 2010
..thanks you my dear friend for sharing this wonderful song..
Sholay48 on Thursday, September 05, 2013
No other music director was able to get the best of Manna Dey more than SJ.
Its a pity that he was underused. SJ for some reasons preferred Rafi saab.
SJ were magicians. They took their job very seriously. There is hardly a
song that they composed which was under par. Manna Dey got his first big
award under them in Mera Naam Joker. He would have got many more if used
properly. The biggest losers are us, the listeners.