Video of this song from youtube
Average Rating : 4.15
Total Vote(s) : 142
Please rate this song between 1 star and 5 stars (5 stars being the best). Just move your mouse on the stars above and click as per your rating. Your rating will really help us to improve our website. 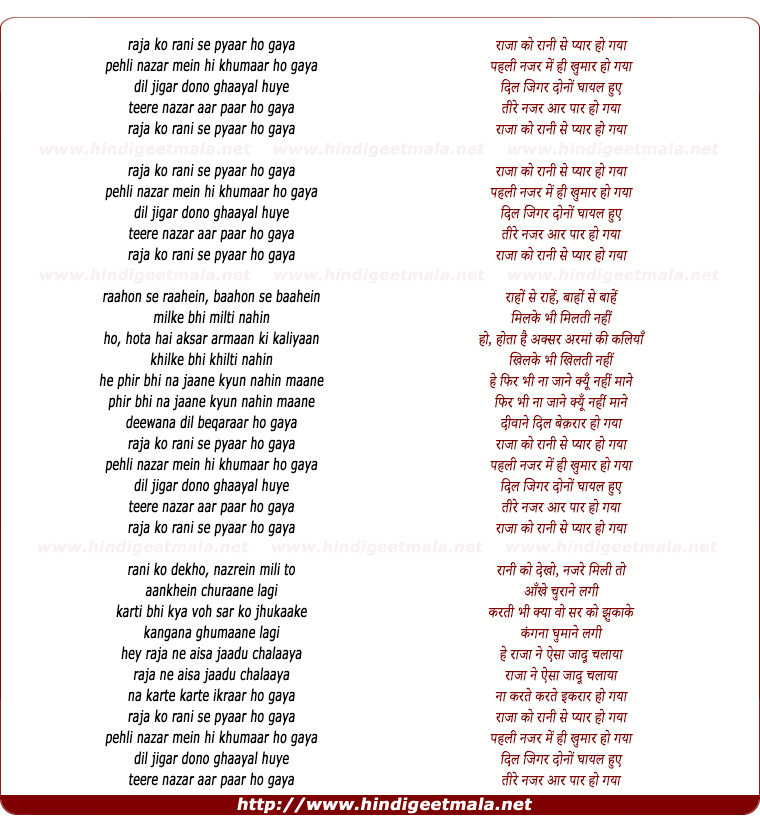 Comments on song "Raja Ko Rani Se Pyar Ho Gaya"
Muhammad Shaukat on Saturday, December 10, 2011
A beautiful song celebrating youth and life with lovely music. Amir Khan
and Manesha Koirala did a superb job of acting and keeping the taste,
aesthetics of our South Asian culture. Thanks for uploading this and making
my day. As for people who do not like it all I can say you are missing
something beautiful. A lot of creative hard work, and time goes into making
these wonderful movies where people can go and mentally relax after a
hectic week.

Valentina Jothi on Tuesday, January 03, 2012
@pakpakpakakk umm she is nepals ex-prime ministers daughter/grand daughter
and is the unfpa goodwill ambassador of india. i dont think she needs to
make ends meet that way. and she recently got married to a business man.
her whole family is a pretty strong political family. and she has a diploma
in film-making form US and makes documentaries.so i dont know
where u got that info from

Sumit Pandey on Wednesday, September 23, 2015
Nostalgia of 90s...wish i could invent a time machine and go back to that
golden era which produced such glorious and soothing music which helped to
live my wonderful childhood days at the fullest, and today everywhere all i
find is loud ear-bursting songs without any sort of meaning which provokes
me to hit myself on head. Thanks to internet on which these old songs are
easily accessible.﻿

iconoclastic10 on Saturday, October 20, 2012
i can still remember when i first heard this song, i must have been about
12 years old.it was such an amazing feeling...