Video of this song from youtube
Average Rating : 4.46
Total Vote(s) : 297
Please rate this song between 1 star and 5 stars (5 stars being the best). Just move your mouse on the stars above and click as per your rating. Your rating will really help us to improve our website. 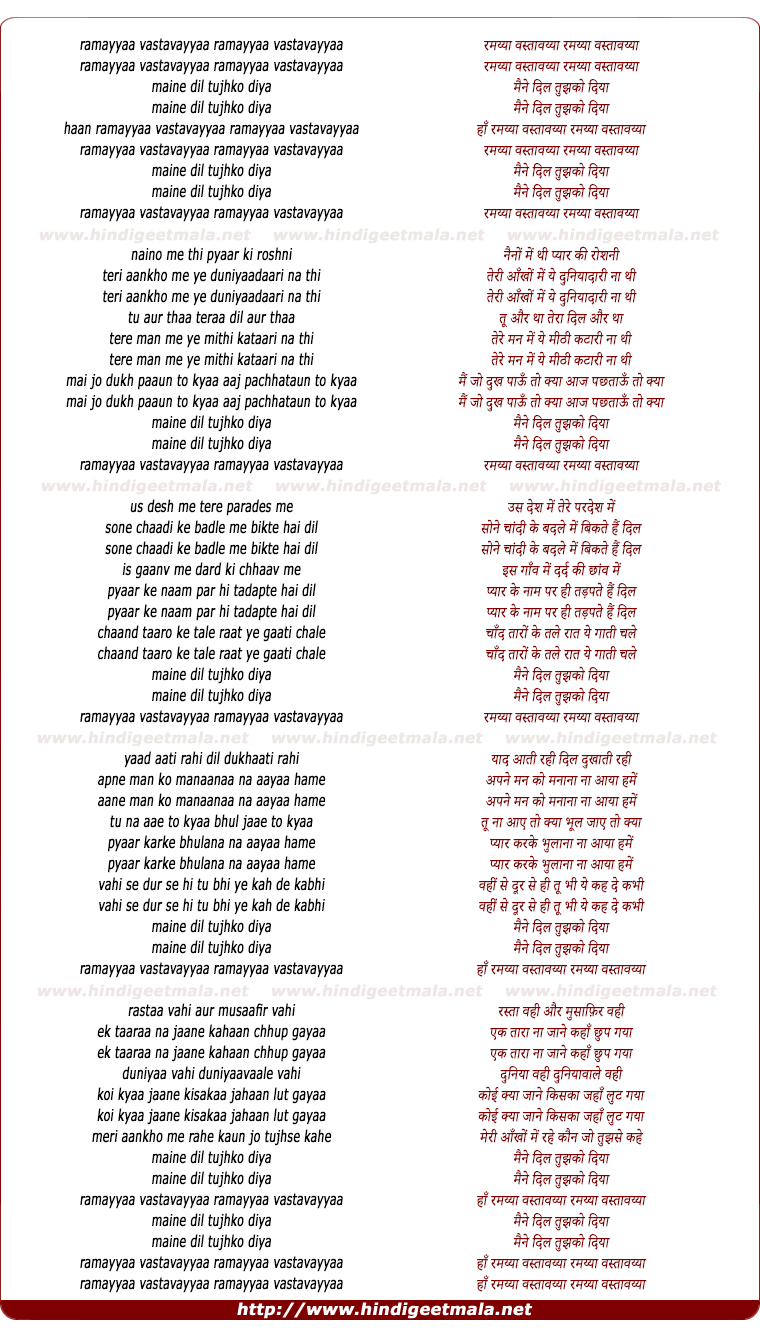 Subhayu Mukherjee on Friday, October 28, 2011
@dasamitabha u r right. the most part is by rafi, but you are wrong in
saying that rafi was fav or so, because if u understand music and can take
yourself outside the world for a few minutes and blend into the song, the
ethos and the feel, you will understand that it is a mukesh song. it can
only be of mukesh, though most part is sung by rafi... simply put, such
songs are mukesh made... this song is sung by rafi, because except the last
part, the song is not sung by raj kapoor on screen,..

Amitabha Das on Friday, October 28, 2011
Sorry Sharath Bhai.. this song is sung by Mohd. Rafi. Indeed Mukesh sang
most songs picturized on Raj Kapoor, even the last part of this song but
Shankar Jaikishan kept some of the best songs for Mohd Rafi, who was their
favorite singer...

ranveer yadav on Monday, February 23, 2015
Money can't buy peace of mind...if so then US ,UK would be the very happier
nations of the world.
Happiness is under the peace of mind...this song gives us the message.
Salute to indian cinemas !!﻿